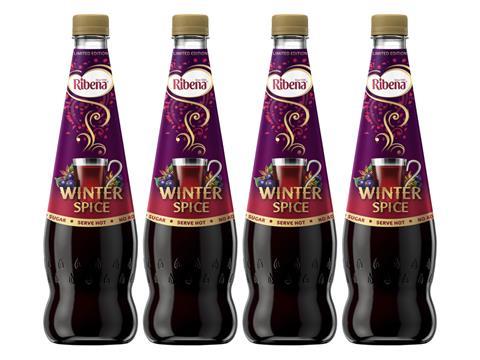 Suntory and Britvic are hoping to heat up the soft drinks aisle this winter with a mulled-wine style Ribena and chocolate-flavoured J2O.

Rolling out next week, Ribena Winter Spice is based on the classic blackcurrant flavour with the addition of mulling-style spices. The front label carries the words ‘Serve hot’ - the first time the brand has communicated this message on pack. The ‘no added sugar’ variant will be available until spring in an 850ml bottle (rsp: £2.49) and a 600ml £1.69 price-marked version.

Brand owner Suntory said that, if successful, it intended to bring the flavour back annually, while a second ‘summery’ limited edition could take its place in between. The supplier added that 7.4% of Ribena was consumed hot, compared with just 2.3% for the squash category as a whole, which meant the brand was well placed to promote its use as a hot drink [Kantar Worldpanel Nov 2012]. The launch will be supported by a £750k push. including experiential sampling events in seven UK cities, in-store and consumer press activity.

“With a good proportion of consumers enjoying Ribena served hot already, we look forward to launching this new proposition as there is clearly an appetite for it,” said Ribena marketing manager Jo Padwick. 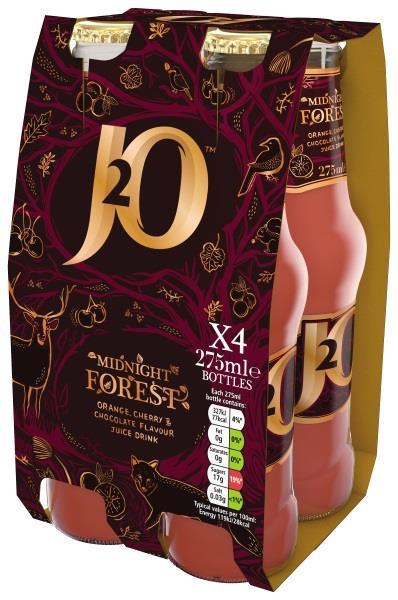 Britvic, meanwhile, will this month launch J2O Midnight Forest, an orange, cherry and chocolate-flavoured version with artwork inspired by fantasy and fairy tales.