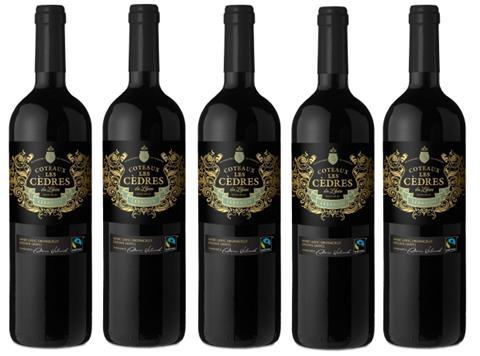 The Co-op has bolstered its wine offer with the first Lebanese tipple to achieve both Fairtrade and Organic certification.

The wine, Côteaux les Cèdres, is produced by The Co-operative Coteaux Heliopolis, which sits on the site of former illegal cannabis and poppy plantations.

It now houses 250 farmers, who were initially left out of pocket when the drug plantations were demolished, and is home to syrah, cabernet sauvignon, tempranillo and caladoc vines.

The Co-op Fairtrade wine buyer Edward Robinson said the grocer was “thrilled to add this wonderful wine, broadening our ethical wine offering and playing a role in helping growers in Lebanon”.

He added: “It is humbling to see the work going on at the Heliopolis co-operative and we are grateful to our members and customers for their constant support for these wines and the projects that they benefit.”

It follows the launch of Fairtrade Kumala pinotage shiraz, which rolled out this summer as part of a partnership between The Co-op and Accolade Wines, with money from sales invested in South African farming communities.

In October, The Co-op added 73 SKUs to its wine offer, which have landed variably across the retailer’s circa-2,600 branches.