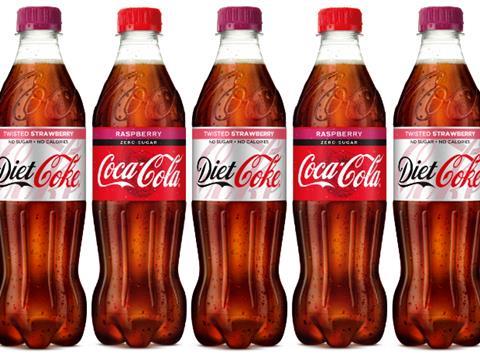 Coca-Cola European Partners has unveiled more fruit variants for its two no-calorie cola lineups, which are to be backed by a £7m spend in 2019.

The trio were now worth more than £20m, “with almost 60% of these sales incremental to the cola segment” according to the soft drinks giant.

The latest flavours would further cash in “on the popularity of the flavoured cola segment, currently worth almost £190m and in 25% value growth”.

They will be supported by a campaign spanning digital, TV, OOH and sampling activity expected to reach more than two million consumers throughout the year.