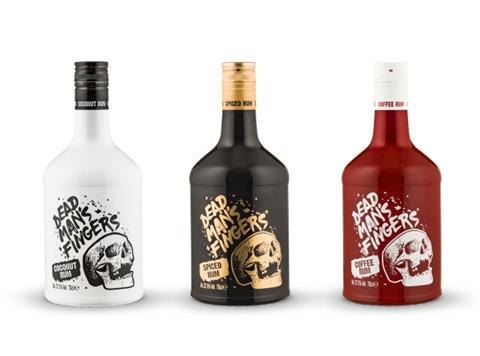 The Cornish brand, which Halewood snapped up for an undisclosed sum in February, has been given a new “funkier” bottle, while its core Spiced variant has been joined by new Coconut and Coffee flavours. They are all 37.5% abv and are available in 5cl and 70cl formats (rsp: £22/70cl).

The Coconut flavour was “smooth” and “slightly sweet”, said Halewood, while Coffee “offers an intensely rich coffee aroma, which remains prominent when blended with mixers”. The new SKUs were developed to “appeal to drinkers keen to discover new taste combinations”.

Rum has been repeatedly tipped as the next major trend to hit spirits, and as a potential successor to craft gin. “We can see from market data and industry trends that there’s a new generation of rum drinkers that want to be associated with brands that are dynamic, fresh, packed with attitude and moving with the times.”

The business announced this week it was up for sale, having appointed Rothschild to seek out a buyer. “Our success has been driven by investment in equipment, acquisitions and marketing support and further fuelled by a high-growth brand portfolio, which includes Whitley Neill, currently the number one premium gin brand by volume in UK supermarkets,” said CEO Stewart Hainsworth, calling the move “a natural progression of the new strategy” he had brought in to the business.