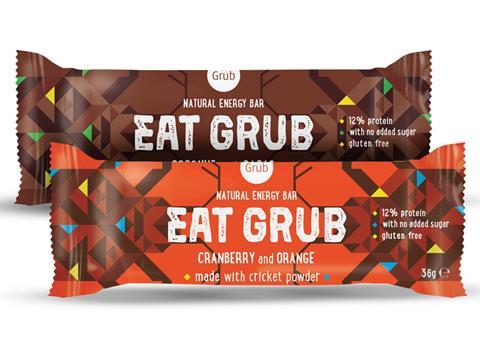 Rolling out next month to Planet Organic, Partridges of Sloane Square and its sister stores, and a number of indies, the high-fibre NPD comes in two variants: Cranberry & Orange and Coconut & Cacao (rsp: £2/36g).

Both include cricket protein powder - which Eat Grub co-founder Neil Whippey described as a “wonder product”. He added it was his brand’s mission to help people overcome their worries about eating insects.

Crickets were efficient to farm and “extremely nutritious”, said Whippey.