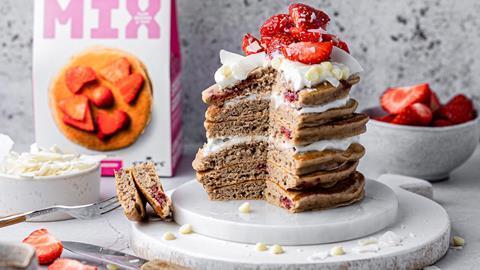 Shrove Tuesday might be a perfect excuse for locked-down consumers to treat themselves this month, but that doesn’t mean they have to overindulge. Here are five foodie launches making Pancake Day that bit more virtuous 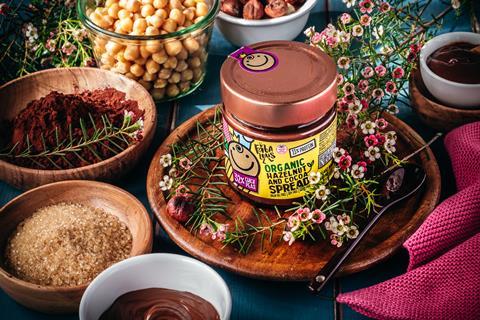 Popular pancake topper Nutella has some new competition this year in the form of Fabalous, a vegan and organic Hazelnut & Cocoa Spread (rsp: £4.99/200g). Launched on Amazon in December 2020, the spread uses only eight “recognisable” ingredients, with chickpeas making up 32% of the recipe. As well as having an “indulgent, intense chocolatey flavour”, the spread is high in protein and fibre and low in sugar, according to the brand. 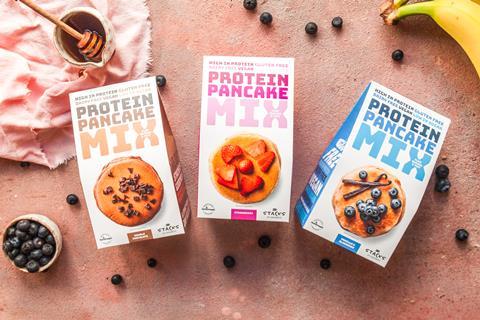 Sweetpea Pantry, which is known for its range of better-for-you baking mixes, has unveiled a new sister brand in time for Shrove Tuesday. Stacks of Goodness has launched with three vegan, gluten-free and low-sugar Protein Pancake Mixes (rsp: £4.99/200g), which come in Strawberry, Double Chocolate and Vanilla & Blueberry flavours. The mixes feature ‘all-natural’ ingredients such as buckwheat, brown rice, quinoa and flax, alongside vegan protein from Nutristrength. Consumers must simply add egg and milk – or plant-based milk and banana to keep it vegan – to complete the recipe. Available from Ocado and independent retailers. 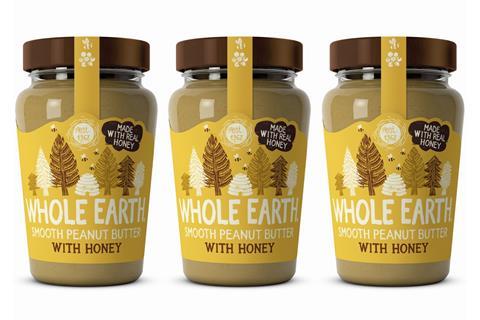 Can’t decide which spread to smother on your pancakes? Whole Earth has solved any dilemmas with its new launch, which combines smooth peanut butter with real honey. The brand believes that by bringing together “two powerhouses in the spreads category”, it has created a product that “is not only convenient but also tastes incredible”. It is rolling out to Asda this month (rsp: £3.99/340g). 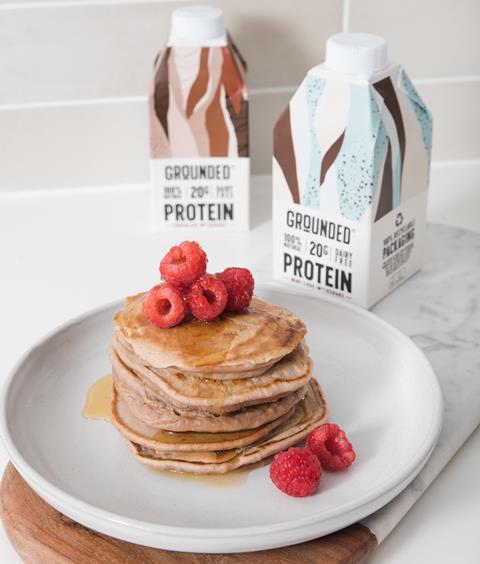 As well as being a plant-based and lower-sugar alternative to chocolate milk – said to contain 40% less sugar than most other varieties – Grounded’s duo of Protein Milkshakes also double up as a pancake ingredient. The brand has demonstrated this by sharing a recipe, which combines the milkshake with self-raising flour, coconut oil, chia seeds and cacao powder to create “delicious”, “healthy” and protein-packed stacks. Launched in January, the Chocolate and Mint Choc drinks are available from Planet Organic (rsp: £2.99/490ml). 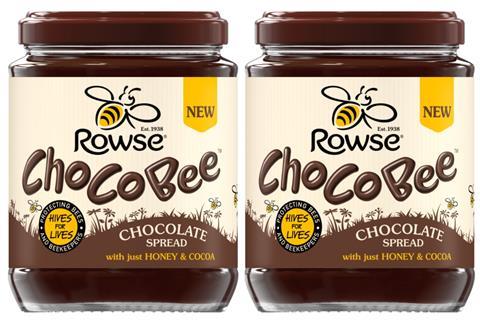 Made with only two ingredients – cocoa powder and honey – ChocoBee is the first move outside of pure honey for the UK’s biggest honey brand, Rowse. Made without palm oil, the spread delivers on shoppers’ “desire to choose sustainable products”, according to the brand. Launched just in time to capitalise on “key dates” such as Pancake Day, ChocoBee hit Asda in January and rolls out further this month (rsp: £2.49/340g).