Not long ago, UK consumers baulked at the idea of sushi. Today, they’re lapping up ever more adventurous Japanese foods, from katsu curry (so mainstream that Birds Eye now does one) to ramen. The Grocer visited the Japan Food Show – hosted by Harro Foods at last weekend’s Hyper Japan expo in Kensington – to pick out the delicacies that might be next to hit supermarket shelves. 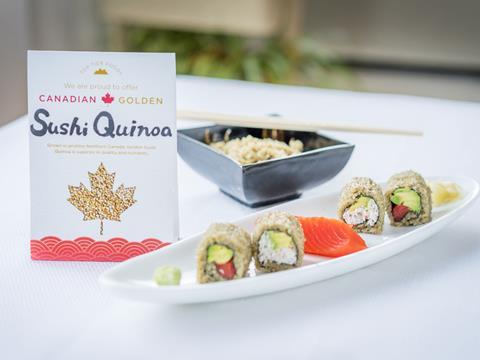 Replacing sushi rice with quinoa was always going to be a risky move. Especially when the innovation comes from a Canadian company, rather than one of Japanese origin. But health food business Top Tier Foods has worked to create a product that is “much stickier than other quinoas”, giving it a similar taste and texture to the traditional sticky rice. The result has earned praise from Japanese chef Hidekazu Tojo, behind the acclaimed Tojo’s Restaurant in Vancouver, who described it as the ”next big thing”. According to Tojo, “in three years it will be everywhere”. Watch this space. 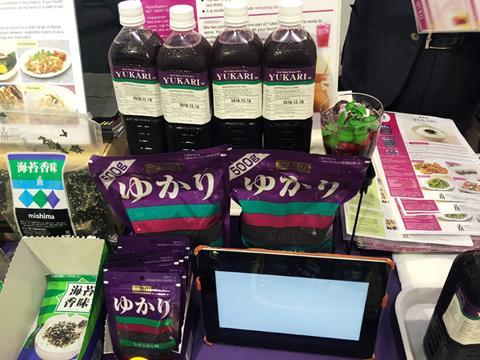 It may resemble grape juice, but the yukari drink has a distinctive flavour of its own. The main ingredient is extract of red shiso leaves, which have a sharp, fruity tang. Containing high fructose corn syrup and sugar to balance out the sharpness, it may not win many fans among the anti-sugar lobby. Yet what it lacks in the health stakes, it makes up for in versatility – yukari can be used as a cocktail mixer (it goes particularly well with shochu, whisky or wine), mixed with soda for a long soft drink, or drizzled over desserts for a sweet tang.

3. Seaweed with a twist 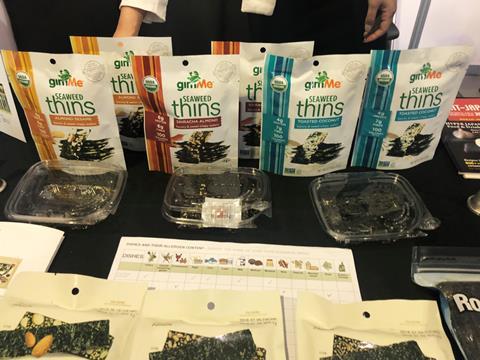 It’s a snacking staple in Japan. Yet even amid the healthy snacking drive, seaweed is yet to take root among UK consumers as an afternoon pick-me-up. One company hoping to change all that is Gimme with its seaweed thins. The snacks combine seaweed with other ingredients – almond & sesame, sriracha & almond and toasted coconut – for added flavour and bite. 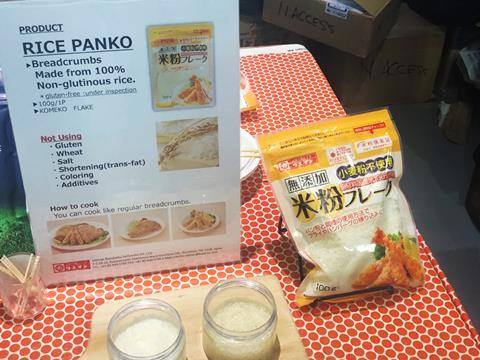 As the UK appetite for all things free-from continues to grow, Japanese food producers are taking note. This rice-based alternative to panko breadcrumbs means even coeliacs can now get on board with a katsu curry. Another company attempting to woo the gluten-free crowd was OK Food Industry with its soybean curd noodles. Made simply with soybean curd, sugar, soy sauce and vinegar, they get pretty close to the taste and texture of traditional egg noodles. 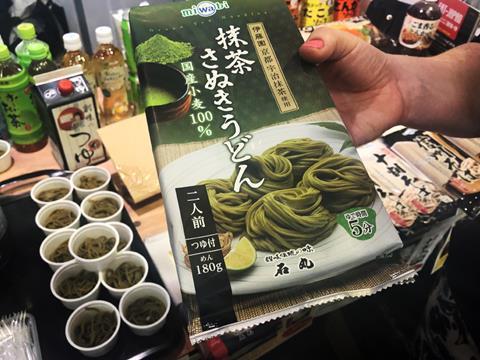 We’ve had green tea in our cakes, lattes and (in Japan) even in Kit Kats. So why not put green tea in noodles? Miwabi has done just that with this eye-catching product. With subtle notes of green tea, these noodles can form a base for pretty much any meal, or be mixed with dashi stock to create a soup. Recipes for green tea noodles are already becoming commonplace on foodie websites, so it may not be long before we see products such as Miwabi’s popping up on our supermarket shelves.