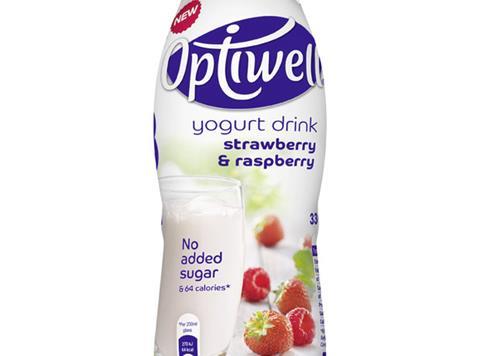 FrieslandCampina UK is to spend £25m over the next four years in the UK and Ireland to promote a major new yoghurt drink brand fronted by TV presenter Holly Willoughby.

The new brand, Optiwell, will hit chilled aisles across the mults and convenience retailers next month, and is targeted at health-conscious 25 to 40-year-old women. It is the first non-functional yoghurt drink aimed at adults to be sold in the UK, claims the dairy co-op.

The new brand would appeal to the “millions of women looking for a healthy and refreshing alternative to unhealthy snacks and drinks”, said FrieslandCampina UK MD Tracey Barney.

Barney added just 6% of yoghurt shoppers currently consumed it as a snack on the move [Mintel 2014] - which suggested a big gap in the market to exploit.

The £25m marketing budget will be spread across outdoor, press and online advertising, plus sampling and shopper marketing activity in-store.