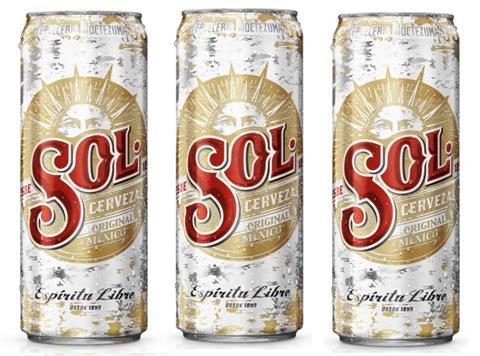 Heineken has unveiled two new SKUs for Sol lager ahead of the summer.

“Shoppers will be looking for chilled beers ready for that summer get-together or impromptu big night in with friends. The new formats are perfect for sharing on these occasions throughout the summer months,” said Toby Lancaster, Heineken category and shopper marketing director.

The new design would “catch shoppers’ attention” as well as maximise space, he said, adding the beer should be kept chilled and could be cross-promoted with BBQ food or tortilla crisps.

Despite suffering a UK volume dip in the wake of its Tesco delisting in February, the Dutch brewer achieved “impressive” growth in Q1 2017, with global volumes up 0.6% organically to 44 million hectolitres, according to its most recent trading update.