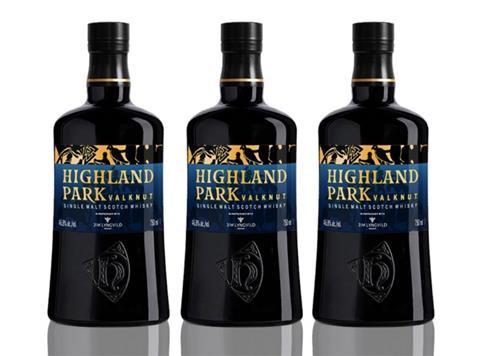 Valknut (46.8% abv) is billed as an “intensely balanced” dram, having been matured predominantly in American sherry seasoned oak casts, and made with a small amount of Orkney Tartan barley, which “adds to its smokier edge and lingering sweet, spicy finish” (rsp: £58/70cl).

The name Valknut means ‘knot of those killed in battle’ in Old Norse. The bottle features three interlinked triangles – which the brand said was “closely associated with the Norse god Odin”. It was designed by Danish designer Jim Lyngvild.