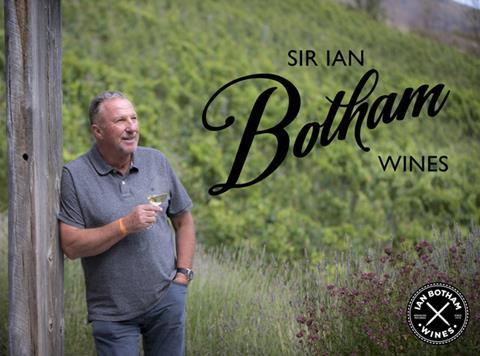 The cricketing hero unveiled the nine-strong range this week, which includes an ‘All-Rounder’ trio of entry-level wines (with and expected RSP of £8.99/750ml), a middle tier ‘Botham series’ priced from £12-£13, and a premium ‘Sir Ian Botham Collection’ trio of premium, small parcel wines, which will cost around the £40 mark.

Each range contains a shiraz, a cabernet sauvignon and a chardonnay.

The All-Rounder and Botham Series wines will see general release into retail, but the Sir Ian Botham Collection will be sold exclusively by Berry Bros. & Rudd and its on-trade wing Fields, Morris & Verdin.

Botham told The Grocer he would seek to expand the range further, potentially experimenting with different countries and regions.

The project was “a marathon, not a sprint”, he said. “I hope to be doing this in 20 years’ time and by then I want to have built up quite a portfolio. These are the kind of wines I would put on my table.”

Lord’s cricket ground has already listed the wines in its bars and restaurants, and Botham plans to enter them into various competitions such as the IWC and IWSC. A series of promotional dinners with high-end chefs are also being planned.

Botham added he would also look at releasing magnums as the brand grows distribution.

Benchmark MD Paul Schaafsma stressed it was “not a gimmick or a celebrity wine brand”.

“We’re going to take our time and find the right retail outlets. We’re being quite careful about the placement of them. If you think about what’s available out there, we are well ahead of the competitive set.”

It comes as Benchmark has also recently taken on UK distribution for Graham Norton’s wine brand, which is owned by New Zealand wine company Invivo.

Schaafsma said: “People are looking for brands that they already know and have a relationship with, such as Ian Botham - it creates confidence. And there has been lots of interest already.”