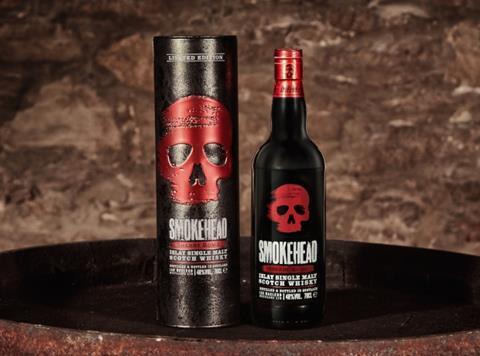 The whisky (48%) is heavily peated and “influenced by oloroso sherry casks to create a smoke, spicy and rich flavour”, according to the distiller.

The dram was “more explosive than an armada cannonball”, said Smokehead brand director Iain Weir. “It’s not for everyone, but if you’re after a bold, peaty whisky that’s been blasted by rich sherry casks, then this is the delicious taste explosion you’ve been waiting for”.

It follows the launch of Smokehead High Voltage, a higher-abv (58%) expression of the range’s core whisky, earlier this year.