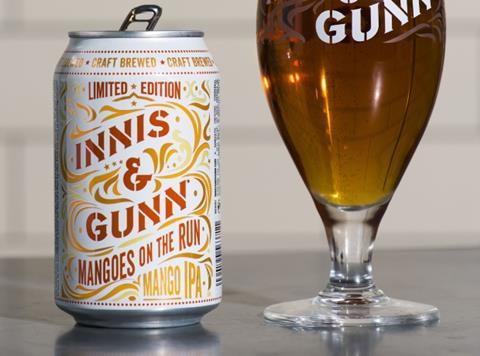 Mangoes On The Run, a 5.6% abv brew made with Hercules, Citra and Simcoe hops - as well as the fruit itself - has rolled out in 330ml cans into Sainsbury’s and Morrisons and into Wetherspoon in the on-trade (rsp: £1.75/330ml).

It had “notes of citrus fruits and sweet mango on the nose”, said the brand.

Innis & Gunn is also launching a new campaign, called #YourPint, behind its Innis & Gunn Lager, featuring digital and social activity as well as traditional PR and billboards in Edinburgh. The push features “social insights” from drinkers.