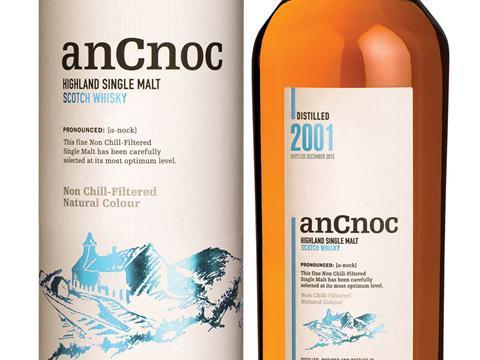 Inver House Distillers has announced the arrival of a new expression from its Ancnoc portfolio with the launch of a 2001 Vintage.

The 46% abv single malt (rsp: £55/700ml) was bottled at the company’s Knockdhu distillery in Aberdeenshire and released as a limited edition run of 1,000 cases in the UK, US, Canada, Sweden and Japan.

“Like all Ancnoc bottlings, fans will be able to detect the unmistakable Knockdhu style in every drop of this spirit, but in particular it’s the complex depth of flavour of the 2001 that we’re really proud of,” said Ancnoc brand manager Stephanie Allison. “We’re sure it will be a hit with even the most discerning whisky drinker.”

Inver House Distillers is a subsidiary of International Beverage Holdings, the international arm of ThaiBev, which produces Chang beer and owns 20 distilleries throughout Europe.