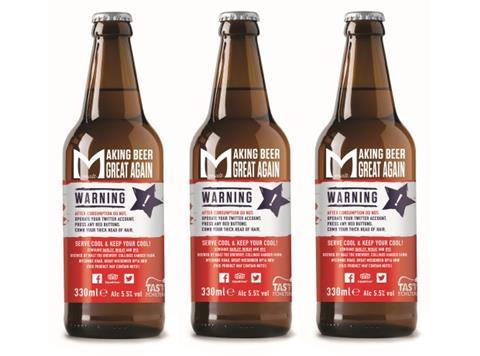 Craft brewery Malt The Brewery has added a Donald Trump-inspired ale to its roster.

Trumped Up American Pale IPA (5.5% abv) has rolled out this month into Spar and Costcutter, with an eye to attracting younger shoppers (rsp: £2.99/330ml).

Malt owner Jenny Watson said the beer had performed “beyond our expectations” despite only having been on the market for a matter of weeks, and was proving particularly popular with female drinkers.