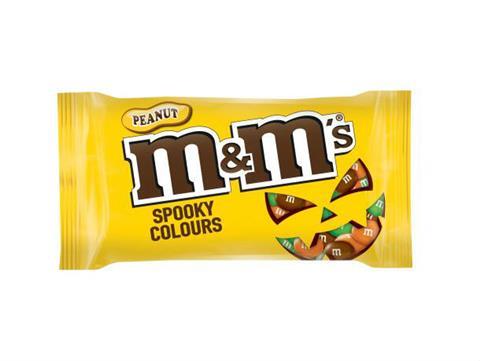 The return of the range follows its 2015 performance as the number one Halloween pouch [Nielsen Scantrack 6 w/e 31 October 2015].

The brand is also launching M&M’s Choco Funsize packs to join the Trick or Treat Funsize bags. The single brand pack has an rsp of £2.79, while the variety bag has an rsp of £3.99 (11x20g packs). From September, the Halloween products will be supported by a media campaign including PoS featuring the M&M’s characters.

The launch follows the unveiling of the Rio Colourmix in June as a special edition for the Olympics, featuring only yellow, green and blue sweets.