Mondelez to bring back Cadbury Puds chocolates for Christmas 2021 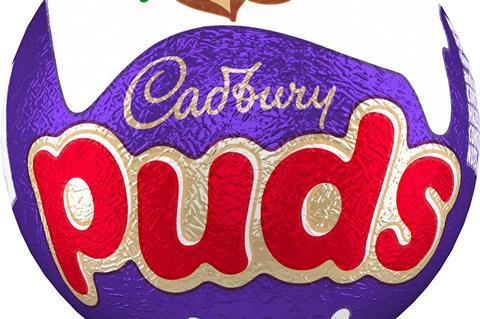 Tthe treats disappeared from the market in 2003

The confectionery giant will bring back the treats, which disappeared from the market in 2003, as a limited run launch for the coming festive season.

It will also launch a new Winter Orange flavour for Dairy Milk, containing orange nuggets in a bid to tap the trend for citrus flavours in chocolate (rsp: £1.49/95g).

Meanwhile, it has revamped its staple Dairy Milk Advent calendar with a “new and improved” design featuring new chocolate moulds, as well as unveiling a Build Your Own Tree Advent calendar, which features a pop-up Christmas tree. Each chocolate door opened contains a decoration for the tree (rsp: £2.19-£5.99).

It has also unveiled a swathe of new SKUs for Christmas, including a multipack of Freddo Christmas crackers, a ‘Festive Favourites’ collection for Dairy Milk, a Fry’s selection box and new-look Cadbury Heroes.

A new limited edition Roses tin, meanwhile, has been created in partnership with Cath Kidston, featuring a “fresh” take on the brand’s long-standing design.

The range would “help retailers make it a year to remember for their shoppers, by building cherished memories and lifelong rituals”, said Mondelez.

It comes after Mondelez unveiled Cadbury Caramilk in June, a spin-off of its core Dairy Milk brand made with sustainable caramelised white chocolate.