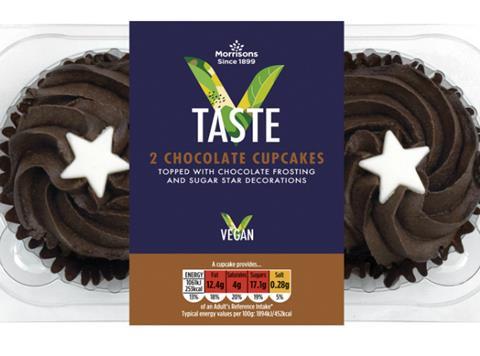 Morrisons has completed the rollout of its latest tranche of vegan products, bringing the supermarket’s total plant-based offer to more than 300 SKUs.

Elsewhere in store, Morrisons has broadened its own-label vegan selection with five chilled dairy alternatives, such as Strawberry Soya Milk and Cashew Nut Milk – both £1.30 a litre. The supermarket has also reformulated and repackaged its plain soya milk in both sweetened and unsweetened variants.

Food-to-go has been ramped up with a trio of plant-based options including Hosomaki Rolls (£2), while the cheese segment has seen the addition of three vegan lines, including Free-From Edam (£2.50/180g).

It comes in reponse as “more and more people” were choosing plant-based options, said Morrisons vegan buyer Alex Dodd. “We are listening and responding to customers who tell us that they want more vegan options. We are also making vegan food easier to find.”