Muhu launches hibiscus and CBD gin developed for under £1,300 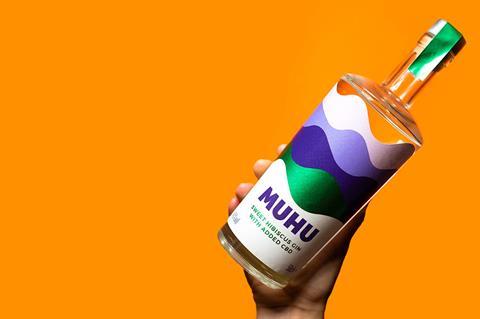 The gin is infused with CBD imported from Canada

Startup spirits brand Muhu has made its debut with an upmarket CBD-infused gin – which its founder managed to produce, develop and bring to market for less than £1,300.

The brand is the brainchild of freelance journalist Sally Wynter, who spent nine months working on Muhu and financed it entirely with her freelance earnings, having challenged herself to bring a spirits brand to market for less than £1,300.

“Where you simply don’t have the funds you need, you self-teach everything,” she said, “from the complex licencing applications for HMRC (which include a four-hour interview at your home) to trademark law.”

She told The Grocer she had used “a few hacks by virtue of the incredible resources available online”.

“When I was quoted £10K-plus by design agencies and several thousand by freelance graphic designers I turned to a site called 99designs.com – an online platform where you can host design competitions where freelance designers submit design concepts for your brand.

“Eventually, I began working with a designer based in Ukraine. It’s definitely not an ‘easy’ route as working remotely with only a messaging platform and good but not perfect English on the designer’s end meant endless versions of the label, printed from my printer at home.

“I would then stick each version to the sample bottle I had and suggest adjustments. I went through a few cartridges doing that.”

However, production became the “biggest hurdle” when the distillery Wynter had been working with wanted to impose a £2,500 charge to do trial production runs. “I was advised it could take four or more still trials and even then there would be no guarantee of success.

“I almost gave up on the idea. Then, the distillery I had lined up to fill and bottle my product offered to help me with the trials. I guess I had convinced them that my concept was really something that people would want to buy.

“It was a lifeline which really made the startup possible – without which Muhu would definitely have been dead in the water.

Wynter added she planned to expand into other infused spirits further down the line. “It won’t just be CBD. I’m actually looking next at a vodka infused with yerba mate extract, which is a naturally caffeinated leaf found in South America.”

Read more: is CBD the next growth market in grocery?