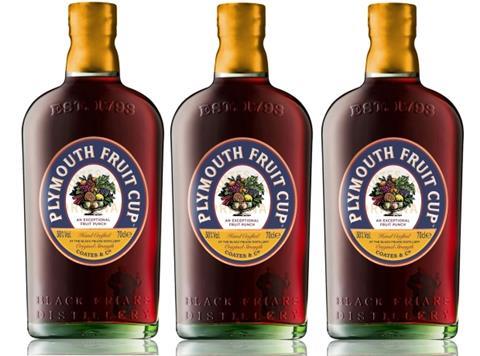 Pernod Ricard has unveiled its second direct challenger to Diageo in a week with new Plymouth Fruit Cup.

It is also planning a multi-million pound push for Irish whiskey brand Jameson in the lead up to St Patrick’s Day.

Plymouth Fruit Cup, an extension of Pernod’s Plymouth Gin brand, will launch this summer with an abv of 30%, with an eye to tapping “significant trends in the booming gin market” (rsp: £20/70cl).

Plymouth Fruit Cup’s higher abv gave it “a fuller, deeper and bolder flavour than other fruit cups on the market”, said Pernod Ricard UK head of marketing Magin Trewhella, and would “encourage shoppers to spend a few extra pounds on something that will elevate summer occasions”.

The move comes as Pernod took on Diageo’s flagship gin brand Gordon’s with the launch of Beefeater Pink earlier this week. Gordon’s Pink launched in summer 2017, racking up more than £17m value sales by the end of the year and making it the UK’s sixth best-selling gin in a matter of months [Nielsen 52 w/e 30 December 2017]. 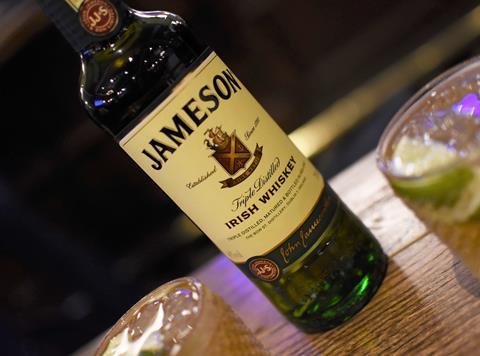 Meanwhile, Pernod is planning a “multi-million pound” push behind its Irish whiskey brand Jameson ahead of St Patrick’s Day, including out of home, digital and social advertising and the launch of a new mobile app with augmented reality games and ‘how-to’ cocktail recipe demonstrations.

The push would be focused on “converting drinkers of Irish whiskey in the on-trade into off-trade shoppers”, said Pernod Ricard UK grocery channel director Chris Shead. “The Jameson range offers something for everyone. New drinkers of Irish whiskey can sample the ready-to-drink cans and for those already loyal to the Original flavour, Jameson Caskmates offers craft beer lovers a chance to experiment with new flavours.”

Pernod plans to extend its Jameson Caskmates series of craft beer tie-ups with the addition of a new whiskey aged in IPA casks later this year, The Grocer learned in December. The 40% abv Caskmates IPA Edition is already available in the US and Ireland, produced in partnership with Irish craft brewer Franciscan Well.