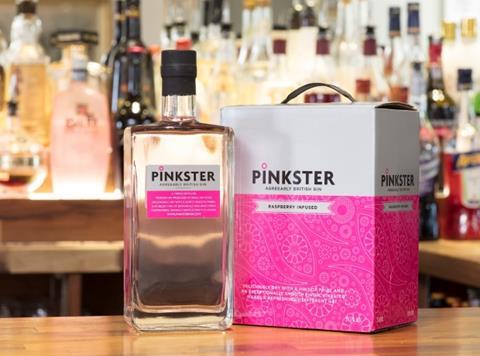 Posh gin brand Pinkster has unveiled a bag-in-box format for its flagship tipple, with an eye to slashing glass waste and tapping demand from festival-goers ahead of the summer.

Pinkster On Tap launched this week with an rsp of £135 for three litres. The box format had “huge potential” in spirits, claimed Pinkster MD Stephen Marsh. The pack is 100% recyclable, and would suit festivals and outdoor occcasions “where glass can be problematic”, he added.

Bag-in-box had previously been “synonymous with poorer quality” wine, he said. “That’s clearly not the case in our instance, and a pioneering premium brand like Pinkster should help tackle any snobbishness around serve.”

The launch comes with the UK recycling roughly half of its glass bottles, lagging behind the European average, according to Recycle Now. The box format would appeal to younger shoppers, who were “more open to change and hugely environmentally aware” said Marsh.

“It costs councils millions of pounds each year to dispose of glass that didn’t need to be thrown out in the first instance. Glass waste seems to be a bit of a blind spot and if we can do a tiny bit to improve things, all for the better.”

The past few months have seen a flurry of pink gin NPD. It includes Beefeater Pink, launched last week as a challenger to Gordon’s Pink, which became the UK’s sixth bestselling gin within months of making its retail debut [Nielsen 52 w/e 30 December 2017].