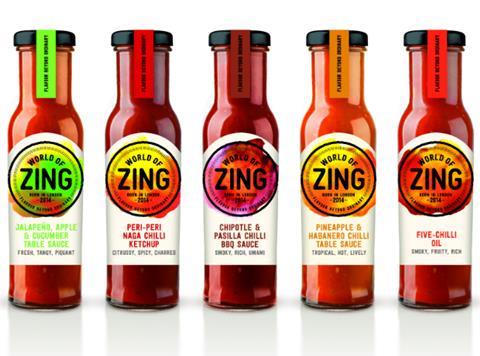 Rolling out this week to retailers including Whole Foods Market, the five-strong lineup is also the first to feature the London brand’s revamped packaging set to appear across its whole portfolio.

World of Zing was founded in 2014 by Pritesh Mody, specialising in “exciting, on-trend” products including craft bottled cocktails and flavoured salts.

The brand was “one of the biggest traders of rare chillies in the UK”, claimed Mody. “And with a focus on bringing the flavour out in food, a hot sauce range was a natural next step.”