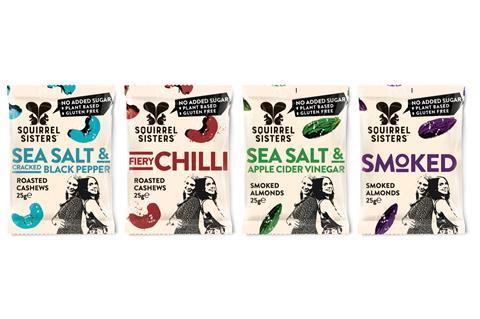 The nuts will roll out from 1 October

Squirrel Sisters is venturing into the savoury snacks category with two new ranges.

It has created a four-strong range of roasted nuts and a duo of seeded crackers, all of which, like the rest of its products, contain no added sugar. 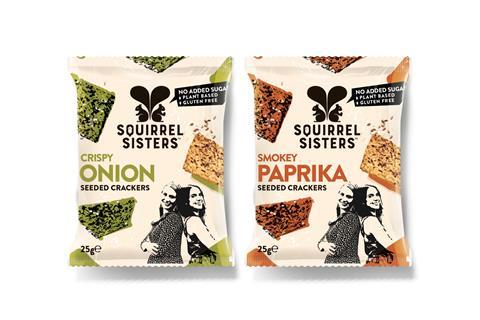 The snacks would “satisfy [shoppers] taste-buds as well as their health”, said co-founder Gracie Tyrell.

The brand’s founders, Sophie and Gracie Tyrell, have campaigned against excess sugar in food and drink since 2015, after Sophie was diagnosed with Wolfe-Parkinson-Whyte syndrome and required surgery, after which she became sensitive to gluten and sugar.

Emmanuel-Jones took a 30% stake in the business in return for funding and mentorship, with an eye to landing listings with bigger retailers and expanding into new categories.