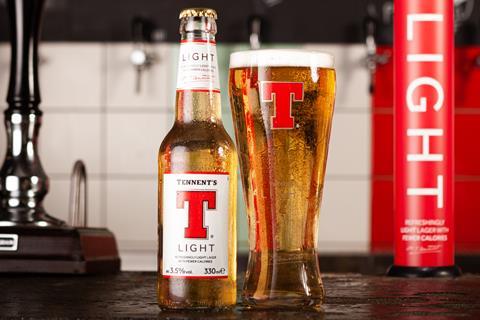 Tennent’s has jumped on the lower-alcohol bandwagon with a new ‘light’ version of its longstanding lager.

It has launched initially into the on-trade, but it is understood an off-trade launch will follow in future.

It was made from “100% Scottish-grown cereals and fresh highland water from Loch Katrine” and used a traditional brewing method, “but with a longer boiling process, hand-mixed hops and slower fermentation”, said Tennent’s.

The lager is also gluten-free and suitable for vegans.

William Reed – the publisher of The Grocer – has launched an exhibition exclusively for the low & no category. For more information, visit low2nobev.com.