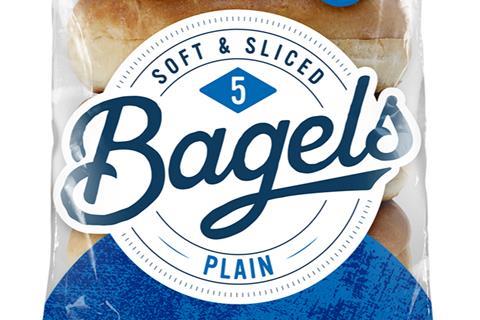 A push for Bagels, starring De Niro, will air later this spring

Warburtons has finally unveiled its first range of full-size bagels – which will be advertised later this spring by Hollywood veteran Robert De Niro.

Produced on a new multimillion-pound line at Warburtons’ Bristol bakery, the New York-style Bagels are made in the traditional manner. They are boiled and then baked. “The result is a soft and chewy bagel, which is perfect when toasted for breakfast” said the brand. “With a light texture, the bagel also makes a fantastic sandwich.”

Available in Plain and Cinnamon & Raisin (rsp: £1.60/5x80g), the pre-sliced NPD is set to land on shelf in Tesco, Asda, Sainsbury’s and Morrisons – about five months after The Grocer revealed Warburtons’ plan for the launch.

It would be backed in coming weeks by “the biggest campaign we’ve ever had and will involve some fantastic celebrity endorsement” Warburtons innovations director Darren Littler told The Grocer earlier this month.

Details of the TV push are closely guarded secrets, but De Niro’s involvement is known. The two-time Oscar winner filmed his role in the UK last November, when he was spotted dining in an Italian restaurant in Halifax, about 30 miles from Warburtons’ home town of Bolton.

The launch of the Bagels range follows the success of the Lancashire bakery’s Thin Bagels. Having made their debut in 2011, they generated £20.5m in sales over the past 12 months [Nielsen 52 w/e 29 March 2019].

“We are delighted to be expanding our portfolio and helping to drive growth in the bakery category,” Littler said.