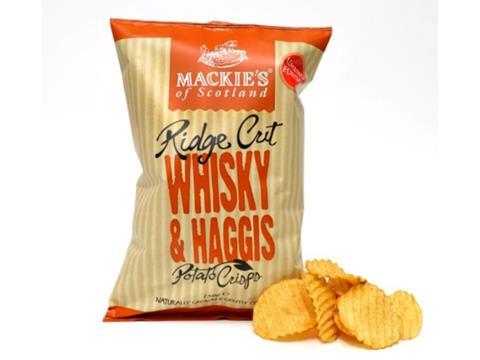 Mackie’s at Taypack has added a Scottish twist to its crisps with new Whisky & Haggis and Venison & Cranberry variants ahead of the independence vote.

The lines, which rolled out in Scottish Co-op stores on Wednesday (27 August), will also be stocked in Tesco Scotland branches from September and Scottish Asda stores in October.

“We felt it was time to add a Scottish twist to the range as our Scottish flavours have always been very popular,” said George Taylor, managing director of Mackie’s at Taypack’s.