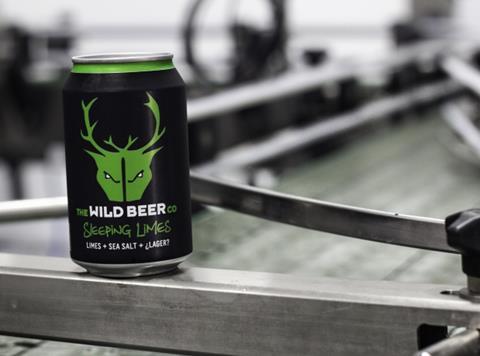 The brew, called Sleeping Limes (4.6% abv), is a play on the traditional lime and lager combination popularised by the likes of Corona “stepped up a notch”.

It was brewed using lager yeast, with lime “adding an addictive tang and a gose inspired flurry of salt adding to the finish”.

It has launched into regional wholesalers such as Nectar Imports and Cave Direct and nationally through Matthew Clark in 330ml cans.

The brand is also understood to be in talks with a major multiple to secure a retail listing.

Its beers are currently listed in Waitrose and Ocado.