Aldi enters online grocery in US with Instacart trial 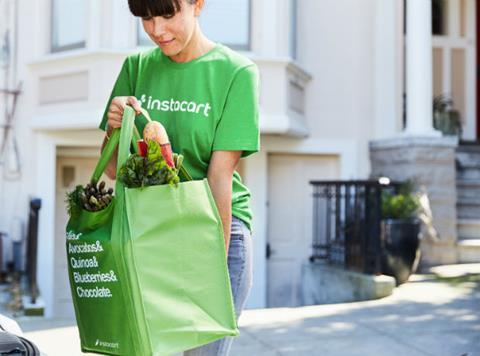 Aldi is dipping its toe into online grocery in the US by forming a trial partnership with Instacart.

The discounter has appointed the third-party delivery service to courier its groceries to customers in three US cities: Los Angeles, Atlanta and Dallas.

The pilot is designed to test demand for online grocery and could be extended to more cities if successful, Reuters reported this weekend.

“Grocery shopping online is a relatively small part of the business but it is continuing to grow,” Aldi’s vice president of corporate buying Scott Patton told the news agency.

Online only accounts for roughly 4% of the US grocery market, but this figure is expected to rise to as much as 20% by 2025.

In the UK, where online has a more than a 7% share of the market, Aldi only sells a limited selection of general merchandise online.

In 2015, Aldi UK CEO Matthew Barnes declared the discounter wouldn’t move into online grocery because “no one is making any money”.