Amazon calls on brands to sell directly to shoppers 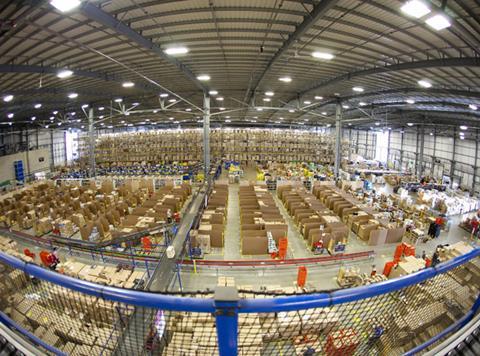 Amazon has called a meeting with food giants including Mondelez and General Mills to persuade them to sell directly to consumers, Bloomberg has reported.

During a three-day meeting at its Seattle headquarters, the online giant will reportedly tell the manufacturers of brands such as Oreo and Häagen-Dazs that the future lies outside supermarkets.

Manufacturers require a “major shift in thinking” to meet the needs of the future consumer, said the invitation to the event in May, seen by Bloomberg.

“Times are changing,” it said. “Amazon strongly believes that supply chains designed to serve the direct-to-consumer business have the power to bring improved customer experiences and global efficiency. To achieve this requires a major shift in thinking.”

Attendees will tour an Amazon fulfilment centre and hear a presentation from worldwide consumer chief Jeff Wilke, who will tell food chiefs they should prioritise how easily a product can be delivered, rather than shelf standout.

The invitation comes as Amazon edges further into the grocery sector through the expansion of Amazon Fresh into Australia and launch of two test bricks & mortar stores - checkout-free Amazon Go and drive-through Amazon Fresh Pickup - in Seattle.

Neil Saunders, MD of retail research agency Conlumino, said Amazon may have “some success” in persuading manufacturers to pay closer attention to online sales. But he believed suppliers would be reluctant to abandon the chance to influence consumer behaviour in store. “I doubt that many manufacturers will be prepared to put all their eggs in one basket - most will want to drive sales via Amazon’s model as well as via traditional stores,” he told The Grocer.

“There are some blunt truths that the industry must confront about online grocery retail. Foremost among these is that the model is largely unprofitable and, despite what Amazon says, it is still nowhere near as efficient as distribution via physical retailers. Another challenge is the resistance of many consumers to doing their grocery shops online,” Saunders added.

“As such, I think Amazon’s model will be a niche complement to the existing model - at least for the foreseeable future.”