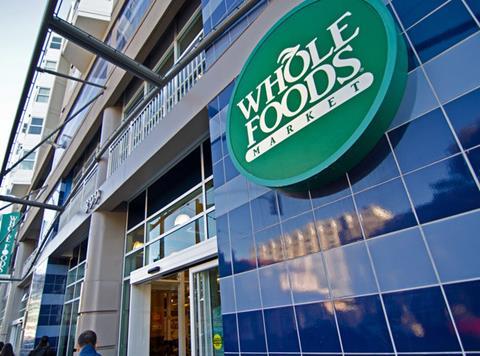 Amazon has offered a first glimpse into the benefits Prime members will receive from its shock acquisition of Whole Foods with a discount on turkeys.

As Whole Foods prepares for the Thanksgiving rush on November 23, Amazon revealed its US Prime members would be able to buy organic turkeys at $2.99/lb and no-antibiotic turkeys for $1.99/lb - representing a discount of up to 20% on standard prices.

Amazon said the discount was a “sneak preview of the special savings and in-store benefits” Prime members will receive once it becomes the offical Whole Foods rewards programme.

The announcement came as Amazon unveiled price cuts for all US shoppers on a range of Whole Foods’ produce as the festive season approaches.

Value packs of chicken breasts, peeled shrimps and “holiday favorites” such as canned pumpkin and Russet potatoes were among the items to undergo price cuts, although Amazon did not reveal how much cheaper they were.

Amazon first took the axe to the price of Whole Foods bestsellers including bananas, avocados, salmon, chicken and kale in August, a month after announcing its $13.7bn acquistion of the grocery chain. A pound of organic Gala apples was reduced by 43% to $1.99 and the price of organic avocados fell by 29% to $1.99.

The giant said it hoped to make Whole Foods’ organic produce “affordable for everyone” as it looks to shed the nickname ‘Whole Pay Check’.

Whole Foods CEO John Mackey said the latest round of price cuts were a sign of more to come.

“We’re just getting started,” he said. “In the few months we’ve been working together with Amazon, our partnership has proven to be a great fit. We’ll continue to work closely together to ensure we’re consistently surprising and delighting our customers while moving toward our goal of reaching more people with Whole Foods Market’s high-quality, natural and organic food.”