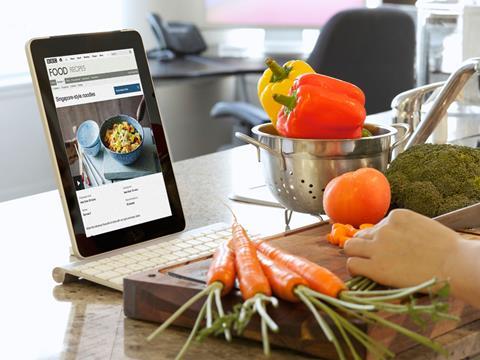 What am I supposed to cook now?” That was the outcry from one consumer earlier this week, after it emerged the BBC was set to pull the plug on its database of 11,000 recipes. A public petition to save the BBC recipe archive quickly followed.

The cull has since turned out to be less aggressive than feared: much of the content that now lives on bbc.co.uk/food will simply migrate to BBC Good Food, run by commercial arm BBC Worldwide, and bookmarked links will still work. But rival publishers, food brands and retailers will nevertheless be keen to explore any opportunities arising from the changes. So what should they focus on?

Recipes are hugely important to anyone involved in the business of marketing food. They drive consumer engagement, highlight new usage occasions and can help increase basket size - a crucial consideration particularly for online grocery shopping. And, of course, they are undeniably popular with consumers: over the past 10 years, ‘recipe’ as a UK search term has tripled in volume.

With the presence of one of the UK’s most trusted recipe brands set to be diminished, retailers will be well placed to fill the gap, given they already have sizeable recipe offerings.

Tesco Real Food, for example, delivers nearly one million unique visitors a month, with “the highest engagement in terms of time on site of any UK food website”, says Adam Smith, head of media strategy at Dunnhumby, citing data from Comscore.

But others should take a close look too, suggests Rob Metcalfe of Richmond Towers. “There is an opportunity for brands and generic promoters, and it’s something we thought about several years ago at Richmond Towers when we realised how many hundreds of recipes, all with great photography, we had on file,” says Metcalfe. “If someone was looking to create a new online recipe destination and sought the collaboration of PR agencies, there would be no shortage of content.”

This could be of particular interest to food brands, as these perform less well on online recipes than might be expected, says Michael Bennett of Pelican Communications. “I believe that’s because more and more people look at the mismatch of ingredients in their fridge or freezer and ask Google to suggest a recipe,” he says. “Brands need to reflect this in their online presence, and this means offering recipe ideas that may not include their products.”

Were the BBC’s recipe archive to be removed completely, a bun fight over key SEO terms would have ensued. This is less likely now that a lot of content will be migrated to BBC Good Food, but SEO will nevertheless be an important consideration for anyone looking to boost their online recipe presence in the wake of the changes at the BBC.

But not everyone is convinced the changes will lead to a major shake-up. There are plenty of free-to-use recipe resources already available, says Dieter Lloyd of Pam Lloyd PR, and for younger shoppers, used to discovering and sharing recipe inspiration through channels like Instagram, YouTube and Buzzfeed, the idea of a ‘one stop shop’ recipe archive like the BBC’s is arguably becoming less compelling. “They take their inspiration from Buzzfeed Proper Tasty - it’s food lifestyle brought to life,” says Lloyd.

Instead of wondering how they can fill any gaps left by the changes to the BBC’s archive, he argues, retailers and brands should use the opportunity to look to the future and invest in video recipe content instead.