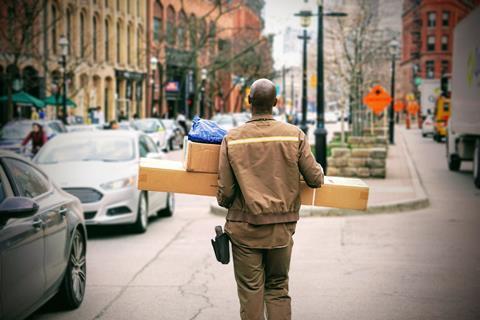 The government has rejected calls for an urgent investigation into alternatives to business rates, including an online sales tax.

Responding to the ‘High streets and town centres in 2030’ report, the result of an inquiry by parliament’s Housing, Communities and Local Government Select Committee, the government said the alternatives being suggested would end up hitting consumers in the pocket and stifling innovation.

MPs had called on ministers to consider replacing business rates for retailers with new forms of sales tax or by increasing VAT, or by introducing a so-called ‘green tax’ on deliveries and packaging.

‘The burden of an online sales tax (OST) is likely to fall on the consumers of goods bought online,’ said the government response.

‘The appropriate scope of the tax, and consequential business impacts, are also highly uncertain,’ it added.

’It is not clear that an OST would be of benefit to high street retailers through significantly altering consumer behaviour, as in practice there is no clear distinction between bricks and mortar and online retailers.

‘Notably, many physical retailers are increasing their offer of online services, including click and collect, an innovation the government would not want to deter through tax, and which the report recognises as a benefit to high streets.’

The issue of a sales tax has proved divisive in the food and drink industry, with the BRC strongly opposed, saying it is a regressive step. However, Tesco has led calls from other bodies for the tax to level the playing field between bricks-and-mortar and online retail.

A parallel Treasury Committee review on the future of business rates had also heard calls from the likes of Tesco boss Dave Lewis that the Chancellor’s plans to to introduce a levy on tech companies that earn substantial revenues in Britain but pay limited amounts of tax, do not go far enough.

In its response to the HCLG report, the government also attacks calls for an increase in the standard rate of VAT, which it warned ‘would have significant impacts on consumers, inflation and the wider economy’.

Meanwhile, it said green taxes would ’require consideration of operational burdens on business, and the ability of HMRC and potential taxpayers to identify the new tax liability, especially given the wide range of goods that are delivered both from online and physical retailers.

‘It is likely costs would feed through to consumers and detract from the benefits of deliveries. In addition, we would have to consider the overall incentives and impact on pollution and congestion.’

It said the government was tackling environmental issues through its plans for taxes of single-use plastics and reform of the PRN system.

Committee chair Clive Betts said he was disappointed by the government’s response, which showed it was “unwilling” to make the “radical” changes needed to save the high street.

“The government has too readily decided to stick to the status quo, rather than examining the range of radical options to the taxation system that we propose in order to save the high street, which it simply dismisses as too challenging,” he said.

ACS chief executive James Lowman added: “This response doesn’t get to the heart of the problem with the business rates system: it penalises businesses for investing. There needs to be a cross-government effort to make this system work before it damages high streets and the economy even further.”