Cryptocurrencies: is there a business case for Bitcoin?

A decade after Bitcoin first appeared, a whole raft of cryptocurrencies are now in use around the world. What are the pros and cons for food and drink firms joining this brave new world of payments?

Nearly a decade after it launched, we’re still none the wiser about the identity of Bitcoin’s creator.

A plan for a digital peer-to-peer ­currency was first posted online in 2008 by a computer programmer (or programmers) under the pseudonym Satoshi Nakamoto. A year later the cryptocurrency was made public, a single Bitcoin worth less than a penny, and its use to transact electronically largely limited to tech whizzes and a criminal underbelly keen to operate away from the prying eyes of regulation. 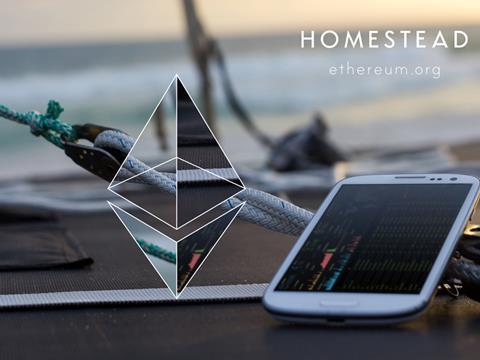 What other cryptocurrencies are out there?

Litecoin: Released in 2011 by an ex-Google employee Litecoin claims to perform faster transactions than its rivals, though it does require more memory making it more complex and costly to produce.

Ethereum: Broader in application than the likes of Bitcoin, Ethereum not only operates as a tradeable cryptocurrency but also creates ‘smart contracts’ facilitating the exchange of anything from property to shares.

Zcash: Creators of Zcash say it offers greater privacy for its users than Bitcoin, with shielded transactions that hide the sender, recipient and the value - while still operating on the blockchain.

Dash: Since it was founded in 2014, Dash claims to be one of the fastest-growing cryptocurrencies thanks to an incentives scheme for those that help power it. It now works with a number of businesses, including wine merchants and utilities firms.

In the past 12 months though, that has changed. Drastically. Demand for the cryptocurrency has soared, with 28.5 million Bitcoin ‘wallets’ now in use (though some users hold multiple ‘wallets’) across 30-plus ­countries. At the time of writing a single Bitcoin is worth £5,700 - a 600% increase on its value last year, and a fact that would make the elusive Nakamoto one of the biggest billionaires in the world were he to cash in his original 980,000 Bitcoins.

All this activity hasn’t escaped the notice of food and drink companies. Digital startups and forward-thinking high street franchises are beginning to accept cryptocurrency in UK outlets, while multinationals dabble in dreaming up their own version (Burger King launched Whopper Coin to its Russian market in 2017) and rumours swirl as to whether Amazon is set to announce its own token system soon.

To which the uninitiated in the sector look on a touch bewildered. Tied up in the mind-boggling complexities of computer science, cryptocurrency is not easy to get to grips with. But if experts are right about its mainstream potential, we’ll all need to. And fast. So what is it? How does it work? And should more businesses be integrating it alongside Apple Pay and contactless?

Put simply, the goal of the mysterious Nakamoto in creating cryptocurrency was to bring an end to ­reliance on centralised banks to process payments. It is a system - as he saw it - burdened by unnecessary costs and too reliant on trust.

Instead Bitcoin and other cryptocurrencies involve payments made digitally, directly from peer to peer, removing the middleman entirely. Rather than banks confirming that you or I have enough ‘cash’ in our ­centrally held bank account to pay for our morning coffee, each transaction is tracked on a public, anonymised ledger (known as the blockchain) and verified by the power of independent computing systems round the world, a process known as ‘mining’.

“Imagine it as one unique database that monetises and verifies who owns what globally,” says Yanis Zisis, digital marketing manager at Paymentsense. “It ­replicates the real world system with the banks but it’s global and anonymous.”

That’s the simple explanation, anyway. “Even for tech people it’s really hard to understand,” he adds. Naturally then, early adopters consisted of the IT community and hackers. Criminals too, drawn by the online, largely unregulated early days of Bitcoin. US police seized $48m in Bitcoins from the notorious online drug market Silk Road in 2013.

But in the past year cryptocurrencies have begun to shrug off that somewhat seedy reputation, with 16.5 million Bitcoins being passed around the online stratosphere, owned by everyone from billionaire venture capitalist Tim Draper to actor Ashton Kutcher.

This new interest is largely fuelled by headlines lauding huge highs and lows in its value, which grew 1,300% in 2017 alone to a peak of $20,000 to one Bitcoin. Now “even in a small village in southern Italy you get a guy who knows about Bitcoin,” laughs Gabriele Giancola, CEO of Qiibee. “The speculation has brought a lot of mainstream markets into the space.”

As a result, a raft of new cryptocurrencies have emerged - “some say they’re the safest, or the fastest,” says Zisis - fuelling further interest in the technology and piquing the interest of businesses now considering adding the currency to their payments portfolio. “The main benefit for a small business would be the fees,” says Zisis. “You don’t have to pay any. In an ideal world you could bypass every single bank fee.” That said, in the UK, “there is no infrastructure for that just yet and a Bitcoin transaction could take a considerable amount of time. You couldn’t leave a shop in seconds like with a contactless payment.”

For online brands or retailers it’s a different story, though. There “it’s very immediate and effective,” says Alastair Johnson, founder and CEO of consumer blockchain platform Nuggets. “For an e-commerce provider they don’t have to go through existing payment rails and attached charges. Even when paying a merchant it’s peer to peer so it’s there instantly, you don’t have to wait for a payment to clear.”

That efficiency is one of the reasons UK brand The Turmeric Co began accepting both Bitcoin and Litecoin in January for payment on its turmeric shots. As was the fact its founder Thomas Hal Robson-Kanu had been intrigued by cryptocurrencies on a personal level for the past few years. “It’s fascinating,” he says. “Traditional methods of payment have a lot of borders, restrictions and time constraints, it could take up to a week for it to settle, whereas with cryptocurrency we have instantaneous settlement. In terms of efficiency it’s second to none.”

On top of that, it’s “distributed across an open source network but impenetrable. You know if you make a payment from A to B it’s 100% going to get there. There couldn’t be fraud or manipulation or adjustment of that payment.”

He is an early mover though. Retailers or brands accepting cryptocurrency are still very limited in the UK (only 20 eateries and five corner shops are thought to accept Bitcoin currently, all independents) and despite persistent rumours even Amazon is yet to take any form of cryptocurrency as payment.

But a recent survey by Paymentsense revealed over a third (35%) of high street SMEs expect that to change within the next two years, and more than a fifth (21%) believe it could be a mainstream method of payment within a year. “A lot of people are desperate to get into cryptocurrency but don’t know how,” adds Robson-Kanu. “Once the innovation takes place and these new technologies come in, it will increase the ease of adoption.”

In the future it could be as simple as retailers generating a QR code for each transaction at the till, which can then be scanned using a mobile ‘wallet’ in which cryptocurrency is held, explains Sudip Banerjee, chief analyst at Ukrainian provider Paytomat, which processes cryptocurrency payments for 100-plus small businesses in Ukraine. The company was set up by a group of IT specialists who found they couldn’t spend Bitcoin they’d accrued on everyday transactions. “We started with small cafés, then restaurants, and now we’re working with online food delivery companies,” adds Banerjee. It hopes to roll out the model to more European countries, including the UK, soon.

It isn’t only as a replacement for hard cash that food & drink businesses are delving into the market though. When Burger King launched its Whopper Coin in Russia last year, it was part novelty, part innovative approach to a loyalty scheme, explains Giancola. Rewards handed out to customers in cryptocurrency form offer far more flexibility, and can be redeemed at the brand of purchase, exchanged for like cryptocurrency at another brand or retailer, or exchanged for the likes of Bitcoin. “It’s a really easy way that mainstream users, with no knowledge of crypto and the blockchain, can get involved.”

“Branded tokens can serve multiple purposes,” adds Jimmy Nguyen, CEO of nChain. “They can act as payment method, and can also be coded to perform enhanced technical functions - such as automatically tracking loyalty and rewards points, allow trading of rewards tokens, gamification operations for online games, or smart contracts that self-execute pre-­programmed instructions incorporated with the token. This gives merchants added technical tools to engage consumers in ways superior to a simple voucher or ordinary loyalty point program, and does it with a token that reinforces their brand.”

All this is a “work in progress”, Banerjee admits. Not least as “there are no tax guidelines yet regarding cryptocurrency in the UK” and patchy regulation that still leave some concerned about its use in criminal networks, a fact the prime minister is seeking to address via a new crypto task force announced in March.

Accepting or trading in cryptocurrency doesn’t come without risk. The same volatility that has generated headlines and new investors round the world for Bitcoin will also sit on the balance sheet of a business that accepts it as payment. At the extreme end, were Nakamoto to cash in his Bitcoins in one fell swoop the entire market would crash. No other form of currency is so beholden to one single person.

It’s the reason Paytomat currently offers to ­immediately provide to its business customers an exchange into regular currency, removing the risk. “Volatility can’t be discussed away,” says Giancola. “If you hold Bitcoin you are connected to its volatility.” Though for Banerjee, it is only once more people have a stake in cryptocurrency and it is used for everyday transactions that the “bubble will deflate and it will become less volatile”.

That will happen too, insists Giancola. “In the next 10 years cryptocurrency will be used by the majority of people, like a credit card or bank account.” And the fact that only a minority will understand the minutiae of how it works or what it’s for won’t matter at all. To think ­otherwise would be “like trying to understand the internet technologically before you can use a website. That would be crazy. Not understanding shouldn’t be a barrier.” Thankfully.