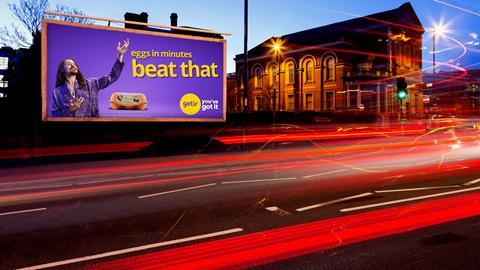 The rapid delivery player has operated a dark store franchise model in its native Turkey for five years. Will it work in the UK?

Last week, Getir started pitching its franchise offer in the UK. It’s a model the rapid delivery player has operated in its home nation of Turkey for the past five years, where around 560 franchisees run its network of dark stores in major cities.

Having only launched in the UK in January, Getir is seeking franchisees to take on its growing network of dark stores, which currently number 75, spread across 11 UK cities.

The question is: is this a wise move for Getir? And is the opportunity good enough to attract local entrepreneurs?

According to franchise expert Richard Pakey, regional director at franchise advisory Lime Licensing Group, “today is literally the best time ever that a franchisor can launch a brand”.

For one, franchising in the UK is “massively untapped” with only around 1,000 franchise systems – a fifth of the number in other developed countries.

“The sector as a whole, while well established, is no way as big as it will be,” he says. “So the potential to make inroads into the market are far better than in most other countries”.

Furthermore, Brexit, the pandemic and the potential economic slump means “you have all age groups looking for possibilities” to start their own businesses. Over the past year, “franchising should have plateaued but it just grew and grew,” Pakey says. “I suspect it’s got another 18 months of silly growth.”

For Getir, “the franchise model makes sense” says Andy Halliwell, senior director, retail at Publicis Sapient. “It starts to position Getir as a true platform business model with consumers and producers,” he adds.

The company’s use of the model in Turkey means it is well versed in how to make it work.

“They’ve been very successful in Turkey with this model,” says Robert Gregory, research director at Edge by Ascential. “It’s allowed them to build scale in that market, and it’s not a model that’s alien to them – they’ve had success with it.

“They’re shifting some of the investment burden over to the franchisees. It makes sense to be able to scale much faster over the next couple of years.”

Rapid delivery expert Stephan Soroka, COO of Wear Your Brand, agrees. “They are doing it because it is super logical. They are basically building McDonald’s in the ultra-fast grocery segment and accelerating their scale. They need to grow fast and it looks like a very cost-efficient way to do it,” he explains.

Getir is also shifting much of the operational burden on to franchisees, who will take on the last mile fulfilment, people management and hiring in their dark store.

Soroka believes this will allow Getir to “concentrate on their growth and product development”.

What’s the deal for franchisees?

What franchisees will do: The day-to-day operations within the dark store, managing the last mile delivery, and employing pickers and couriers

What Getir will do: Assign customer orders, replenish the site and handle all local marketing activity

Return on investment: To be expected within two to three years Getir says, “or even sooner based on the efficiency and speed of your store”

Perks: “We’ll guarantee you an income during your startup and growth. We’re so confident in our business model that even once you’re established, we’ll guarantee a baseline income,” says Getir

But the work involved may deter potential franchisees, suggests Amrit Singh, owner of Nisa Local in High Heath, Walsall. “They’ve realised that the last mile is the hardest part, and managing the drivers and the picking is where the work is,” he says. “So what they’ve done is dished out that part.”

Getir also avoids the financial risk. “It’s a fail-safe. Say the model flops. It’s not Getir’s money tied up in these sites, it’s other people’s, so it’s not their loss,” Singh says.

With that in mind, Singh would rather run online operations from his own shop rather than sign up to Getir.

Devan Hughes, CEO of grocery delivery company Buymie, shares some of the cynicism.

“What concerns me is where the power sits in this relationship. A typical grocery franchisee has their own shop front, marketing opportunities and customer relationship, with Getir that looks not to be the case and a franchisee will bear the hardest part of the job while fronting a big part of the CAPEX for Getir to succeed. I worry about the balance of power in that relationship,” he says.

“The tightest margin part of the supply chain is the store, staffing and delivery element which comes with heavy capex and high marginal cost. Whereas the higher margin revenue is made further up the funnel in the technology environment, for example high margin advertising revenue which has very little marginal cost,” Hughes adds. ”Presumably Getir will own that revenue?”

The offer “places a chunk of the upfront capital risk of an entirely new channel with little established user behaviour on to a smaller stakeholder”, Hughes says.

Nevertheless, Pakey expects Getir will be attractive to many potential partners. “People like to see something fresh. They’ve got 21st century technology. It’s a brand-new brand, so it will do well,” he says.

“It’s not Getir’s money tied up in these sites, it’s other people’s, so it’s not their loss”

The investment required to buy into the franchise “will sit in the purple patch of bricks & mortar franchises perfectly” Pakey adds.

Of course, franchisees will want to see proof of the suggested ROI. “The art of running any new franchise is you’ve got to be able to look someone in the eye and say this is tried and tested, this is what worked, this didn’t,” Pakey says.

That could prove tricky. The first UK franchisee only signed up in September, meaning local case studies are lacking. So Getir will have to point to franchisees in Turkey.

“If they make everything transparent, show the cases of their partners in Turkey and share as much training, attention and education as possible – the model should prove a success,” says Soroka.

Still, franchisees will have to take a punt to some degree, and be “banking on the ongoing growth within the sector, assuming rapid grocery delivery is going to grow increasingly over the next few years,” Gregory says.

For now, the rapid grocery sector is not entirely proven. But of all the players, Getir is one of the most mature. “It was not born yesterday,” Soroka adds.

It is also working hard to build its brand. Getir’s major marketing drive – which in recent months has included a Tottenham Hotspur sponsorship deal and national TV advertising – does promise to catch the eye of potential franchisees. “You can have the best thing ever, but if nobody knows about it, it will fail,” Pakey says. “But if well marketed, it has to represent good value,” he adds.

“It is a fast-growing market, and with this offer, small and mid-size entrepreneurs can get a piece of it.

“It looks like a good offer to try. How it will turn out really depends on the execution – from both the franchisees and Getir,” Pakey adds.

Indeed, if they can pull it off, the franchise model could quickly become the norm for the burgeoning sector.

“This is how competition works,” says Soroka. “Somebody will tune the offer a little, they will be more competitive for both for the customers and the franchisees. I’m quite sure everybody is already doing the maths on this model.”