Get ready for a new era in grocery retail

If you haven’t seen the opening scene of HBO TV series The Newsroom, then watch it now. A student asks “What makes America the greatest country in the world?” and the answer - in the form of an epic rant - is basically “It’s not”. 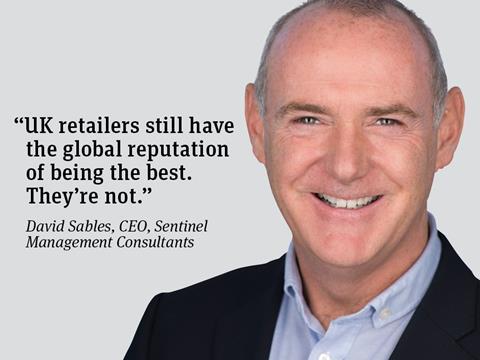 UK retailers still have the global reputation of being the best. So I ask, what makes UK retail the best in the world? Without the epic rant, the answer is simple. It’s not. The halcyon days of supermarket retailers’ 5% net margins are long gone and that was perhaps the best qualifier. Even in-store looks a bit iffy, but that’s less important as the future is not in-store.

The next 10 years will see grocery move completely online and we can now start to see who the players might be. The print press industry is a case study. As it wrestles with how to control print costs while persuading folk to pay for online copy, titles and publishers are going bust due to the transition rather than lack of ability to succeed in the new world. In grocery, it’s easy to see that e-business leaders Amazon are set fair, but the challenge to existing retailers is not how to be a successful online player but rather how to profitably transition from the current business model to the new one.

As the Tesco-Booker merger gets the green light, we surely have to admire the strategic significance for Tesco. Discounters have caused a world of pain for the major mults and still have another 5% of market share to go at, if you ask me. The Booker merger is not just about a big player extracting returns from convenience. With a foodservice infrastructure, it can take out Costco with big delivery drops and more significantly it enables direct delivery to compete with Amazon. Tesco has therefore created its roadmap to remain profitable though the transition and written itself into the future of grocery. But who else will join it? Sainsbury’s has Argos - at least it’s something. Morrisons has its market position as ‘local butchers in supers’, and of course getting online by piggybacking Amazon - seems smart but I predict a Waitrose-Ocado style riot down the line. Asda, of course, has… err, nothing? Wait, yes, it has America. Let’s see if Captain Walmart comes good. Maybe America is great after all.