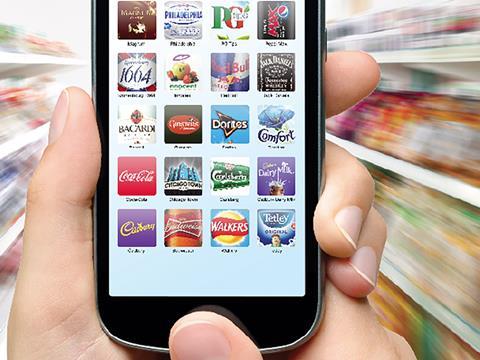 What are the big changes we’ll see in UK grocery over the next five years?

That’s the question the British Frozen Food Federation is putting to several industry experts and pundits at its annual business conference today.

Unsurprisingly, there was broad consensus that the way Brits buy groceries, and from whom, is going to continue shifting significantly in the years ahead, though predicting likely winners and losers is clearly a fool’s game – I’m sure quite a few of us crystal ball gazers were tempted to quickly paste a few Amazon and Morrisons logos into our presentations today. Having said this, the biggest change I expect to see over the next five years isn’t around channel mix or new e-commerce entrants, but data.

Grocery’s approach to data so far has been fairly uninspired. ‘Big data’ is a term that’s often bandied about but rarely lived up to. In grocery, in particular, data is typically seen as a narrow B2B tool – something that can help retailers and manufacturers make smarter business decisions. That’s perfectly good and important, but it misses a huge opportunity: making data accessible directly to consumers to help them make smarter decisions for themselves and their families.

Grocery shopping is increasingly hard work – despite all the new buying and delivery options springing up. The number of (often conflicting) demands that are placed on consumers today means planning a weekly shop for the average family is now a major logistical undertaking: putting food on the table that’s tasty and affordable while delivering against myriad of health mantras (low added sugar, low salt, high fibre, decent amount of protein, 5 a day etc), taking account of everyone’s dietary needs and preferences, keeping things interesting and varied with exciting recipes, doing the right thing by the planet in terms of food waste and sustainable sourcing standards, supporting fair payments to British farmers and growers – the list goes on. It is a hugely demanding task that leaves many consumers (particularly parents) feeling they just can’t win.

There are apps and services that try to help with aspects of this (the likes of MyFitnessPal, the Sugar Smart app or even some of the meal planners and budgeting tools offered by the major mults come to mind), but nothing that ties it all together – there’s no one-stop shop that gives consumers easy access to all the data and information they might want and really helps them plan and budget for their shop on their terms and to their specifications.

A service like this would generate reams of consumer goodwill and cement loyalty. Plus, it would open up opportunities to engage consumers on completely new levels.

We often hear shoppers are driven first and foremost by price – and while price is undoubtedly an important consideration for many, it’s also the only objective data point consumers have right now when shopping for groceries. Once you give consumers a wider range of data on the things that matter to them, you make it much easier for them to act on information other than just price.

Imagine if a consumer were told their weekly shop costs £50 at retailer A and £55 at retailer B – but buying from retailer B would see them take in 20% less in added sugars because of the way that retailer formulates own-label products. Or retailer B is £5 more expensive because all the meat is sourced from British farmers. Using data to make differences like these visible and actionable means “value” – that slippery, oft-cited concept – suddenly becomes measurable. The knock-on effect could be truly transformative.