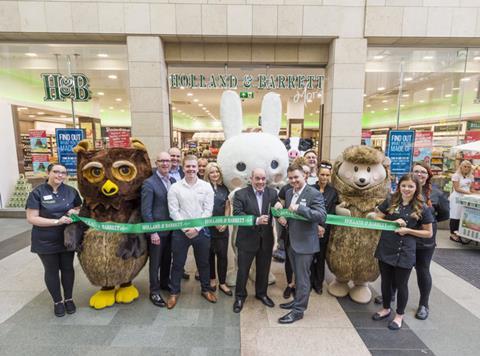 Holland & Barrett is rolling out a click & collect service across its 760 stores, following a successful trial last year.

Customers who place their orders with the health retailer before 8pm will be able to collect their order in-store the next day as part of the service, which will be rolled out nationwide over the next two months.

The health retailer said 80% of the population lived within a 20-minute drive of one of its stores, so the service would offer “an easier and more seamless shopping experience”.

Alternatively, customers could collect their orders from 1,100 parcel lockers across the country as part of its partnership with InPost, revealed exclusively by The Grocer last week.

The click & collect service was trialled in the M25 area last autumn and yielded incremental sales of more than £1m over the six-month period, Holland & Barrett said.

Gordon Hewlett, head of direct for Holland & Barrett International, was confident customers would “highly value” the service as it rolled out more widely. “With no need to wait in at home for deliveries, it means customers can receive the product they want quicker than ever before, ordering from the convenience of their mobile phone or iPad and collecting it from their local store,” he said.

The move comes as part of Holland & Barrett’s drive to grow its online business, which fuelled the launch of a new e-commerce platform and EPoS tills across all its stores in 2013.

The online division of Holland & Barrett grew from 7% of total sales last year to 8.5% this year, and hollandandbarrett.com now receives 100,000 orders a month.