Is Aldi on the road to setting up a full online retail offer? 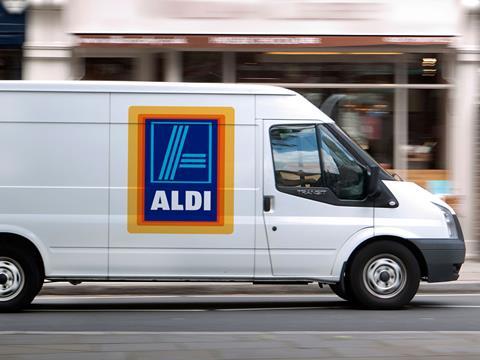 Aldi got the week off to a flyer on Monday. ‘ALDI ONLINE!’ screamed the headlines. Lewis, Clarke, Coupe and Potts must have felt like heading straight back to bed.

But it was a false alarm. Grocery is “not on Aldi’s radar” said UK CEO Matthew Barnes. Aldi will start selling wine online in Q1 followed by its eclectic selection of non-food in Q2. Not a full-blown launch then, but still significant. Cost-conscious Aldi spent £35m “to cover the launch and beyond” says group buying director David Hills. “We are taking it very seriously.”

So will it work? And does the move herald a full grocery offer anytime soon?

Barnes’ mantra is ‘keep it simple’. And selling wine online can be achieved by anyone with a website, a ready supply of wine and a 3PL.

Aldi already has the first two. On Tuesday the Daily Mail reported it had teamed up with iForce for the latter. Aldi has not confirmed this and iForce won’t comment. However, iForce, which won a Grocer Gold for logistics supplier of the year in 2013, has the right pedigree. Clients include Sainsbury’s, Tesco and Waitrose Cellar.

As well as home delivery, customers will be able to collect orders from 5,500 locations in the UK, but not from Aldi stores. “Our store operation has the highest density of sales per sq ft, so we have a very busy store footprint that we don’t want to impact on,” says Hills. Aldi online will operate as a “distinct business unit”. There will be a minimum six-bottle order. No maximum order is currently in place. Delivery charges are still under discussion, but Aldi is clear it will be the cheapest in the market.

Also in Aldi’s favour is the growing reputation of its cellar. Earlier this month, TV wine guru Olly Smith described Aldi’s £5.99 Malbec from its Exquisite Collection as “racehorse pedigree for pony trek cash”. Aldi says it sells 1,000 bottles of the range every hour, with year-on-year sales up 40%.

But although wine online is easier than online grocery, it doesn’t mean easy profits. M&S launched wine online in 1999. By 2013 wine accounted for 10% of M&S online sales, and was in “double-digit growth” year on year. Yet in November 2013 it said it needed to double wine sales to make any profit.

Aldi is clear it wouldn’t have launched if the numbers didn’t stack up. Its business model is “very streamlined” says Hills.

Starting with wine is a “wise move”, says one leading logistics source. It enables them to “fully test the web design and the infrastructure” and ensure both “delivery and replenishment to a high standard”.

However, a trial of grocery proper looks unlikely in the near future. Effective online grocery requires a powerful website, a network of smart warehouses, a small army of pickers, and hundreds of vans and drivers aiming for one-hour delivery slots.

That step change in complexity for a modus operandi based on simplicity isn’t the only factor that will trouble Barnes.

Despite the big four grocers having an online presence for years, only Tesco has ever claimed to be making money (it was joined by Ocado in 2014).

“We don’t believe it can be done profitably,” says Hills. “Our business is growing at 17%. So we don’t have a pressing need to enter an area of business that’s very difficult to make money on.”

Meaning supermarket CEOs can relax. For now, at least.