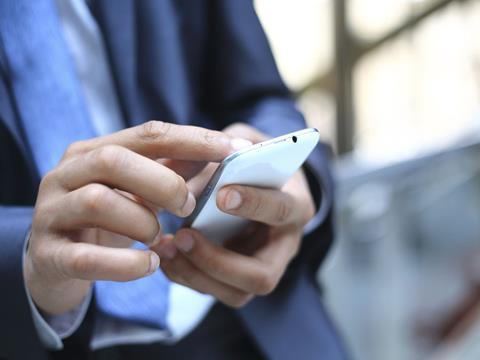 Grocery search volumes across mobile devices rose 11% in Q3 2016, according to latest figures

A boom in smartphone use has seen online searches for grocery products soar by nearly a third compared to last year.

Figures released by the BRC and Google show grocery search volumes across all devices rose 11% in Q3 2016, compared with a year earlier.

Smartphones were the key driver for grocery searches in the period, however, with search volumes up 29% compared with the year before.

The BRC said the rapid rise in smartphones combined with good weather had led to the increases in traffic.

“There were no surprises that barbecues and meat and poultry were the most popular categories searched for on smartphones over the summer months, although Prosecco and coconut oil proved to be the most popular search terms. This quarter also underlined the rapid rise of smartphones as the device of choice for online searching, being a popular choice for consumers searching for all things food and drink.”

Google retail director Martin Bertisen said: “Again, we’re seeing a steady growth in the food and groceries category driven by smartphone penetration. With almost everyone carrying a supercomputer in their pocket, we can see an even distribution of searches from mobile across the UK. This means the industry can tap into a more immediate and rich dataset of intention and adjust their mobile strategies to respond to an ever-connected consumer.”