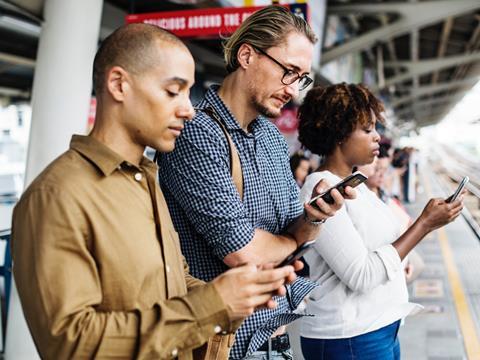 Two in five adults look at their phone within five minutes of waking up, Ofcom’s Communications report has found

In what is a traditionally quiet month for deals and news while the world takes a well-earned holiday, the findings of Ofcom’s latest annual Communications Report grabbed my attention.

Marking what the UK telecom regulator calls a “decade of change”, the report found mobile phones and TVs are the only communications devices with near-universal reach in the UK, penetrating 96% and 95% of households respectively last year.

The study also found that, of those that have one, two in five adults look at their phone within five minutes of waking up, and 78% say they could not live without it. Meanwhile, even 63% of lower-income households and 75% of over-54s own PCs, smartphones, laptops and tablets, up from 49% for each of the two groups in 2008.

The data validates the fact that I’ve always advocated following the customer, in spite of those who argue that operating an online grocery business can never be as profitable as a store-based one. To them, I say you’ve got to be in it to win it. In fact, I’ve never met a retailer who hasn’t confirmed that their omnichannel customers (those that shop with them across multiple channels, as opposed to a single one) are their most valuable.

The report findings also cement mobile as the main digital channel grocers have to market. This gives me yet another opportunity to restate my fundamental belief in the benefit of cultivating mobile-first digital customer connections at every stage of the shopping journey.

But it also reveals who owns the digital consumer connections, where Google and Facebook received the most internet visits, while the device manufacturers and telecoms firms act as gatekeepers. It makes me wonder how much longer retailers can afford to go on ignoring the need for a direct digital connection to their customers when the likes of pure plays, like Asos and Ocado, get a free one by virtue of doing business online.

Some 12% more parcels were sent in 2017 than the previous year due to the continued growth of online shopping. This follows the continued decline in direct mail advertising spend. Meanwhile, as smartphones have become the most popular internet-connected device over the last decade, the report said telecoms revenues were declining, but that internet data usage was rising.

The main takeaway from this Ofcom report marking a decade of digital change is its further demonstration that digital is now absolutely the way people live their lives. It also reinforces the argument I’m always making for the increasing value of cultivating a direct digital connection to your customers, wherever they are, be that shopping in one of your stores or on your mobile app or e-commerce site.

More from Tim Mason: Digital knowhow is crucial in knowing who and where your customers are

The integration of digitally enabled, mobile-optimised components into online and store-based shopping trips will be what separates the winners from the losers during the next decade, with “near me” Google searches increasing 150% year on year in 2017.

Without an SEO web presence, on-premise Wi-Fi, great digital apps, content and offers and connected tills, I’d be willing to bet the losers will struggle to survive.