Omnichannel will be key to sustaining supermarkets’ lockdown success 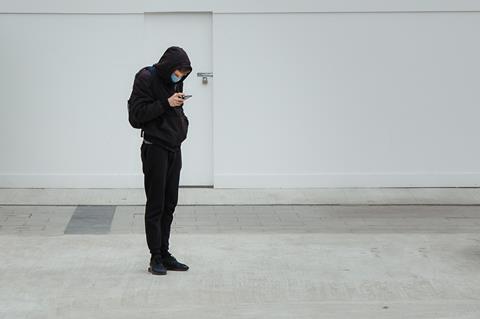 “These existing digital trends, which were already enjoying substantial growth and have accelerated during lockdown, will sustain a good proportion of any growth after the pandemic ends” says Tim Mason

The most interesting thing to me about how consumer behaviour has been affected by lockdown is: what have consumers done that they didn’t before, and how much of that will stick?

They say it takes 21 days to make a habit and 21 for it to stick, and UK consumers have been on lockdown for nearly 100 days now. Research has found the increased digital behaviours, in order of significance, were video conferencing with colleagues, family and friends, alongside home working and schooling, entertainment streaming, and of course shopping.

I believe these existing digital trends, which were already enjoying substantial growth and have accelerated during lockdown, will sustain a good proportion of any growth after the pandemic ends. The trends in decline, which unsurprisingly include using public or private transport and purchasing from small shops, will be more temporary for lots of reasons.

This raises two questions germane to grocers now. The first is whether big stores can continue to have a renaissance, and the second is: will discounting continue to be under pressure post-lockdown? To some extent, the answers to both questions are linked – and in the hands of the grocers themselves.

Can grocers consolidate their current large-store success by sorting their pricing, ranging and merchandising so the value of a one-stop shop is clear to consumers, showing they don’t need to go to a discounter to save money? If so, maybe they have a chance. If they don’t, then conditions are more likely to favour the discount channel, as it seems clear we’re going into some form of recession.

One of the reasons why some of the grocers were able to increase home delivery capacity as remarkably as they did is because of existing untapped headroom, particularly for those with pick-in-store technologies. The reality, in my view, is that they had been throttling back on online grocery marketing because of concerns over profitability.

To cite a recent quote from David McCarthy of HSBC: “Big changes demand big solutions.” So, it’s about being brave. Now is not the time to tinker, as anybody who has tried to get a delivery slot over the past few months knows. While some online growth is consolidation and some shoppers will continue to go online out of habit, others won’t because it doesn’t work as well as it should, from deliveries to substitutions.

Now, the preferred operating model has to be omnichannel. The strategy has to be to recognise and identify which customers have the capacity to spend more, but who are clearly not doing so in-store. If you can win £70 per week online from them, you’ll be luring them away from someone else. But you need that omnichannel link and the customer data to make sure these gains are net new.

E-commerce grocery is extremely attractive, as long as it is a way of generating incremental sales, rather than a substitution for shopping in-store. Providing supermarkets can connect with customers digitally, both online and in-store, they can focus on who of those are the most profitable customers and have a list of these ‘owned’ customers they can directly market to.

That is far more preferable to having to find new ones, which makes the cost of acquisition much higher and returning a profit from that customer base harder. As The Grocer’s story on Tesco’s competitive pricing plans this week indicates, this is a moment of significant opportunity. But substantive action will be needed both in-store and online to benefit, which will not only squeeze the discounters but also raise the bar for any entry by Amazon.