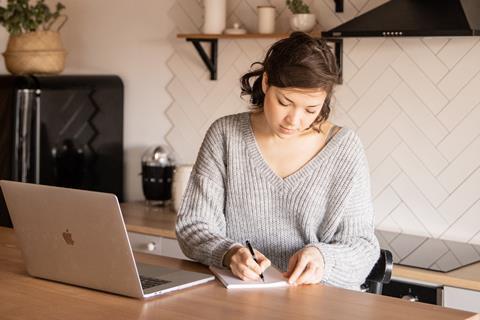 Pageviews for grocery websites have been declining since March

Morrisons has suffered a 30% drop in the traffic to its online grocery site since visits peaked this year in March, exclusive data shared with The Grocer reveals.

It was the biggest fall in website pageviews among the big four supermarkets, followed by Sainsbury’s, which saw pageviews tumble by nearly a quarter.

Latest data from Similarweb shows pageviews across all UK online grocers have fallen by 21.5% since March, when the highest visit counts of 2021 were achieved. But several supermarkets have shed more of their online traffic than this average.

The Aldi website incurred the biggest drop in pageviews, with 35% less this month than in March.

The data indicates Tesco and Asda are doing a better job of retaining online shoppers, each seeing declines in website pageviews of around 18%. Co-op saw the lowest drop – of just over 10% – and Iceland with 12% fewer pageviews. Ocado was not included in the analysis.

Tesco and Asda also topped the table for the proportion of return users visiting their websites this month, with 70% and 65% of traffic coming from those that had visited the websites before. Nevertheless, Tesco had the highest count of new website users this month, followed by Asda and Sainsbury’s.

At Sainburys.com, 64% of visits this month were from return users, and at Morrisons.com, 58%.

The highest pageview counts across all supermarkets was observed at the height of the pandemic in April last year. Declines in website visitor counts since then have not been consistent, with Tesco and Morrisons seeing declines of more than half April’s totals. The smallest drops since pageview peaks last year were seen at Sainsbury’s (down 20%) and Lidl (down 12%). Co-op has grown website pageviews since then by 6%, the only online grocer in the analysis to do so.

Overall “traffic to grocery websites is about 35% higher than it was pre-pandemic, reflecting the increased popularity of ordering groceries online,” she added.

According to Kantar, online’s share of total grocery sales peaked this year in February at 15.4%, and has been slowly declining since. There are signs the share has levelled out: latest figures for October show share at 12.4% for the second month in a row.