Warner's Budgens rolls out Ubamarket app across its estate 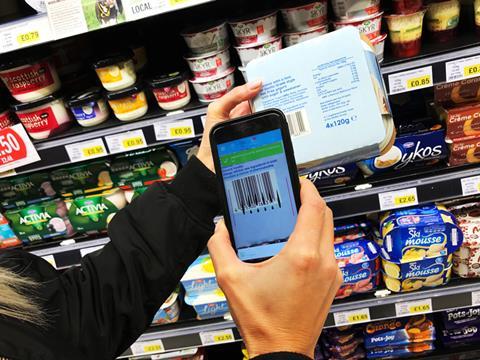 Supermarket shopping app Ubamarket is to roll out across the entire Warner’s Budgens estate next month with a new feature that enables shoppers to bypass the checkout.

Having tested the app in Warner’s flagship store in Moreton-in-Marsh for nine months, the newly white-labelled version will go live in three other stores on 1 September.

The free-to-download app has a shopping list function that directs users through the store based on their choices and adds up total spend, removing the need for items to be scanned at the checkout.

But the wider rollout will include new features, including an option to pay without a checkout in the same vein as Amazon Go.

Shoppers will be able to scan their items and select the ‘pay in app’ function, which will give them an e-receipt they can show to security staff once the transaction is completed. The function is expected to roll out by the end of September across Warner’s Budgens stores, but there will remain an option to pay at the checkout or self-service tills, where shoppers can scan a code on their phone to pay. The new-look Ubamarket will also be compatible with Android and have an improved loyalty function that enables in-app messaging to give shoppers personalised offers based on their buying history.

In the nine months Ubamarket has been live, uptake of the loyalty scheme has been 100% among users of the app, who need only press one button to join.

Ubamarket founder Will Broome will showcase the technology to other retailers on 19 September, where he hopes to gain more partners. The app costs approximately £250 per month for one store after a one-off set-up fee, but costs go down with volume.

“For the first time, we will be able to show retailers how the app works across multiple sites,” he said. “This app is the first of its type in the country and I believe in one or two years, using mobiles to pay without a checkout will be commonplace.”