Pickavance urges government to crack down on online giants 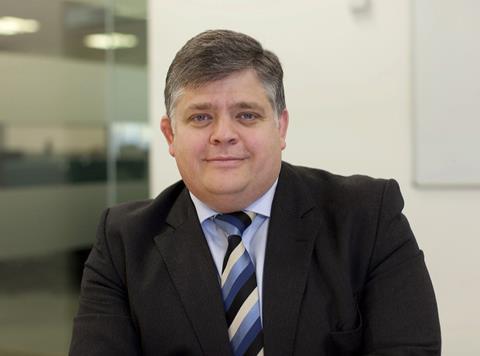 Former Morrisons HR boss Norman Pickavance has urged the government to crack down on retailers such as Amazon and SportsDirect to avoid swathes of cost-cutting and job losses.

Government action would determine whether retail had a thriving future, survived on exploitation or created “millions of job losses in a soulless virtual world” warned a report by the Fabian Society’s retail taskforce led by Pickavance.

The taskforce identified three emerging models in today’s retail environment: companies that aggressively cut costs such as SportsDirect, those that follow the Amazon model of relying increasingly on automation, and those that reimagine traditional stores and use technology to improve customer relationships.

The latter would be the most successful model, argued the taskforce, which proposed a 10-point plan to help retailers achieve this goal.

The plan focused heavily on government involvement and called for an inquiry into alleged monopolistic activities by online giants such as Google and Amazon to ensure a level playing field for retailers.

It also urged the government to introduce additional protection against exploitative contracts and to establish a new ‘super skills council’ to drive up skills and standards in the retail industry.

“Retail is at the crossroads,” Pickavance said. “Online retailers threaten to destroy high streets, and pound shops are sprouting up in the space that’s been left behind. As a result, the retail sector is threatened with one million job losses or a continued rise of precarious low-skill, low-pay employment practices. It doesn’t need to be like this.”

“There is an alternative path for retail where focused investment and policy changes can stimulate innovation, create better jobs and help to renew the vitality and fabric of urban and rural communities,” he added.

Read the 10 recommendations in full below:

1. The government should place the future of retail at the heart of its modern industrial strategy

2. The government should aim to diversify the mix of retail ownership models and encourage the voice of employees to be heard to support

long-termism in the industry

3. The government should establish a new ‘super skills council’ for retail with a mission to drive up skills and standards in the industry

4. The secretary of state for business, energy and industrial strategy should ask the CMA to lead an inquiry into allegations of monopolistic activities by platform businesses and the effect they have on the UK retail market

5. The secretary of state for business, energy and industrial strategy should ask Innovate UK to establish an 11th Catapult Centre for

6. The chancellor should set up a review of tax paid by retailers with a mission to level the ­fiscal playing ­field between online-only, store-based and multichannel retailers without reducing UK and local authority tax bases

8. The government should introduce additional protections against exploitative contracts

9. The new director of labour market enforcement should establish quicker and more affordable ways for workers to request a change in their employment status

10. Further rises in the national living wage and government support for the voluntary living wage