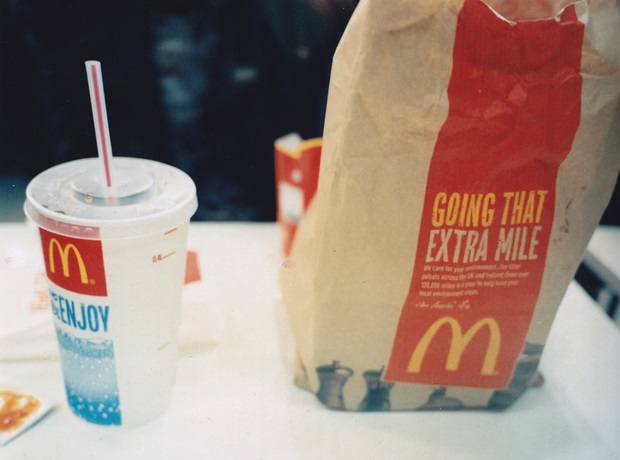 McDonald’s employees are going on strike today for the first time in the UK.

Staff at two of its branches are striking for at least £10 an hour, guaranteed-hour contracts and formal trade union recognition from McDonald’s.

The two restaurants affected are in Cambridge and Crayford in southeast London, with 40 staff walking out. A national rally in Westminster will follow the strike. The Bakers, Food and Allied Workers Union is backing the workers.

“We, at the BFAWU, fully support the historic decision by these brave McDonald’s workers to stand up and fight back against McDonald’s - a company that has let them down one too many times.” said BFAWU president Ian Hodson.

“McDonald’s has had countless opportunities to resolve grievances by offering workers a fair wage and acceptable working conditions. Instead, they have chosen to ignore their workers by tightening their purse strings - filling their CEO’s pockets, at the expense of workers here in the UK and across the world.”

The industrial action coincides with US Labour Day to show solidarity with colleagues across the globe. Strikers are receiving advice and support from the New Zealand Unite union and a delegation of Belgian workers.

“We can confirm that, following a ballot process, the BFAWU has indicated that a small number of our people, representing less than 0.01% of our workforce, are intending to strike in two of our 1,270 UK restaurants. As per the terms of the ballot, the dispute is solely related to our internal grievance procedures and not concerning pay or contracts.” said a McDonald’s spokeswoman.

“As announced in April this year, together with our franchisees, we are providing our people with the option of a guaranteed-hour contract, and all restaurants will have these contracts in place by the end of 2017. McDonald’s UK and its franchisees have delivered three pay rises since April 2016, this has increased the average hourly pay rate by 15%.”

McDonald’s committed to offering workers flexible or fixed contracts in place of zero-hour contracts last April following trials in 23 restaurants. The policy was extended to 50 more sites ahead of a national rollout later that year.

The fast food chain revealed that 86% of employees had chosen to stay on flexible contracts so far, but the BFAWU highlighted the inflexibility and inconvenience of its guaranteed contract option.