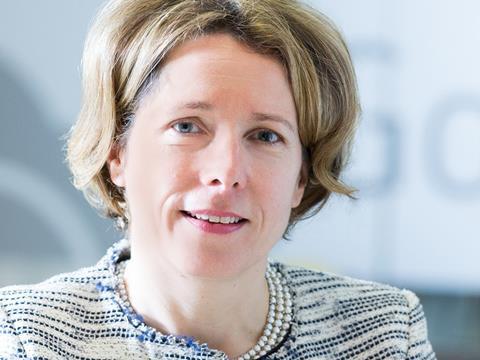 If there were any doubt as to how our Irish neighbours view Brexit, the front page of the Irish Independent last month made its position abundantly clear. ‘Brexit Blockade’ shouted the headline, above a stern-looking image of Theresa May in front of No 10, while the paper accused the Co-op - which had just unveiled its new British meat sourcing commitment - of “wanting a ban on Irish meat”.

As front page splashes go, it’s certainly an attention grabber, and in a sense unfair as the Co-op’s commitment will have a negligible effect on Irish suppliers. But what it did sum up were the tangled emotions of dismay, uncertainty and helplessness that Brexit has had on Ireland, and its food industry in particular.

When I visited Dublin last July to interview dairy co-op Ornua’s boss John Jordan, he said Brexit was certainly an “agenda topic”. Fast forward almost 10 months, against a backdrop of increasingly bellicose rhetoric that “no deal is better than a bad deal” from the likes of Theresa May and David Davis, and the prospect of a hard Brexit is looming increasingly large, fears Bord Bia CEO Tara McCarthy.

The Cork native became CEO in January after a storied career which included stints promoting Irish food in both France and Germany. Speaking from her office at Bord Bia’s headquarters near Dublin’s Merrion Square, McCarthy’s candour over the effect Brexit could have on Ireland’s carefully nurtured food and drink industry is startling.

“We view Brexit as the biggest strategic challenge the Irish food & drink industry has ever faced,” she says. “Every single food sector is going to be affected by it. The current mood around Brexit in Ireland is dismay, we were very disappointed. There is no upside as far as we are concerned. We don’t see any silver lining.”

Potted CV: Spent early years overseas working for the Irish meat board in Germany, followed by five years heading Bord Bia Paris. Returned to Ireland in 2005, becoming head of consumer foods and later director of food and beverage at Bord Bia. In 2015 appointed CEO of Irish Sea Fisheries Board before taking the helm at Bord Bia in January 2017

Worst career decision: Thinking I could be a teacher

Best piece of advice received: The harder you work, the luckier you get!

What book are you reading at the moment?: I’m a current affairs junkie and I admire female business leaders like Sheryl Sandberg

The outcome of the referendum and the ensuing uncertainty over timelines and the future relationship between the UK, Ireland and the wider EU leaves Ireland “frustrated” particularly on that thorny subject of the Irish border.

She fears a hard border with Northern Ireland can only be a bad thing, adding cost and bureaucracy to supply chains, while a promised ‘bonfire of regulation’ in the UK post-Brexit raises big concerns over equivalency of standards.

“The situation is probably more top of mind here than anywhere else in EU, especially from an economic perspective. We have no control over how to mitigate it and it is going to affect big and small companies, in both domestic and export.”

After the initial shock of the vote, Ireland is now in data-gathering and preparing mode. “Brexit is happening and we have to respect it and we now have to prepare for it. But so many of the answers here and on the political stage are out of our control. So we are trying to prepare our businesses and make strategic, informed, data-driven investments at a time when what’s happening around Brexit discussions is becoming more and more emotional and less rational and factual”.

Preparations for Ireland’s food and drink sector are far-reaching. British food producers often look enviously at the support Bord Bia and the Irish government offers Irish producers, drawing on over 20 years of forward-looking food and drink strategies to deliver a network of support that nurtures new talent, develops infrastructure, and offers assistance with marketing and research, while McCarthy says the Origin Green sustainability initiative is the envy of the world. But Brexit has already wreaked havoc.

The Irish mushroom sector, which exports 90% of its product to the UK, was the first to be hit by currency volatility last autumn, resulting in several business going to the wall.

“Since then we’ve been helping the mushroom sector look at their cost structures, looking at lean manufacturing and how to manage volatility. We have to prepare by imagining the worst but hoping it will be anything but that,” McCarthy says, adding that Bord Bia’s strategy is effectively two-pronged.

“First of all, we have every intention of defending our UK position. You do not walk away from a 37% market share, over €4bn euro in exports, and we will defend it as long as it is commercially viable to do so.”

But she is also looking at market diversification. The board, which draws its funding from producer levies and direct government funding, is looking at how it can understand the needs of other markets. To this end it recently opened up new offices in Warsaw and Singapore to explore how to offset potential losses from the UK market.

“This is the biggest challenge the industry is facing, but we are also conscious we are not going to let it become all consuming. We will make decisions informed by it, rather than be dictated to by it.”

For instance, Bord Bia launched a Brexit Barometer tool for exporters earlier this year in a bid to understand the effect that the UK leaving the EU will have on Ireland’s food and drink suppliers.

“We have sat down with more than 130 companies that export to the UK and gone through more than 100 questions about how Brexit affects them, what their exposure is, do they even know how to calculate a tariff? We will then feed back to them regularly with a traffic-light system to show just how exposed they are.”

Ultimately, Irish producers will need all the help they can get if the UK market becomes off limits to Ireland after a hard Brexit, with the Irish dairy and beef sectors potentially critically exposed, she warns.

“More than 60% of Irish cheese goes to the UK, and when you look at market diversification, the likes of France don’t eat much cheddar. So we’ve been looking at who else consumes cheddar and what options there are for us to sell to them.”

Meanwhile, 50% of Irish beef is currently exported to the UK, and Ireland would have to find new markets for that beef if the UK fell back on WTO tariffs, which could be as high as 65% dependent on the cut, and could devastate the sector, McCarthy concedes.

“That all creates different scenarios, and we’re trying to understand those different nuances,” she says. “If our 250,000 tonnes of beef are displaced from the UK markets because tariffs make us less competitive and the UK does a free-trade deal with South America, then the European beef market will collapse. Where else would you put that amount of beef?”

What Ireland can do is understand the needs of other markets, McCarthy says. And, crucially, the UK is not self-sufficient - and consumers love Irish food.

“They view Ireland as part of the UK, particularly in a food and tourism dimension. So buying Irish is almost seen as the equivalent of buying local,” she says. “You need imports, and then it’s a choice of where those imports come from. We’re working really hard to meet your needs, and not as a competitor. We want to make sure we’re doing that. And we’re really well positioned for it.”