Liam Rafferty to exit as MD of Fulton Foods chain 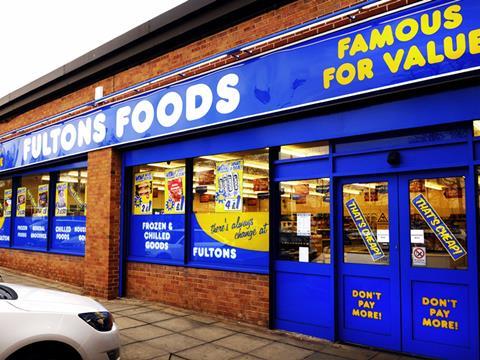 It is understood that Rafferty, who has been with the retailer trading as Fultons Foods for just over one year, will stay in the role until mid July.

The former Aldi regional director is currently considering new opportunities and told The Grocer he would remain in a contract with the group for a further two months.

Frozen Value declined to comment and has not revealed who will cover the role once Rafferty departs.

Rafferty joined the retailer, which is independently owned by Kevin Gunter and Karen Rees, in February 2015.

Prior to that, Rafferty spent over 11 years as a regional director at Aldi, having been promoted from an area operations manager role in 2003.

Separately, Nick Gore, who has been with Frozen Value since July 2007, was promoted to finance director at the beginning of April.

Frozen Value, which operates over 100 freezer centre stores under the Fultons Foods brand in the North of England, posted a 3.4% drop in turnover from £66.4m to £64.1m for the year ending January 2015.

Describing the business environment as “challenging” in accounts filed with Companies House last year, the group said: “We continue to face a competitive market and are subject to changing consumer spending patterns and levels of disposable income.”

The business said it had invested £1.3m in new stores and relocations in the past year.

“Throughout the past year we trialled several strategies to regain momentum and, having instigated our preferred route in January 2015, we are pleased to report the current performance indicates a much stronger operating profit and EBITDA performance for the year ending January 2016.”