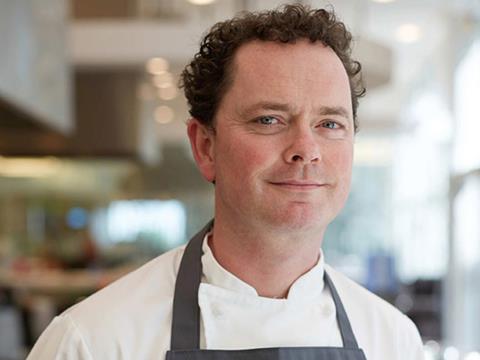 Iceland has brought in well-known development chef Neil Nugent and his former colleague David Lennox in a new bid to turn around its fortunes.

Iceland has been suffering in the face of changing shopping habits, with the rise of the discounters, and the supermarket price war. Even in the traditionally busy Christmas sales period like-for-like sales fell by -4.1% for the 12 weeks to 3 January (Kantar Worldpanel).

As head of product development, Nugent said his brief was “to develop a quality brand strategy that has a major focus on innovation and on the many advantages of frozen food.

“Frozen food is every chef’s best friend and we will build on Iceland’s striking “Power of Frozen” campaign to make more people aware that freezing is simply the best way to preserve, store and manage their food.”

“I am really looking forward to working with Malcolm Walker and the Iceland team,” he added.

“In Neil and David we have recruited two of the brightest and most experienced stars in their field in the UK, and we are all hugely excited at what the future holds for the Iceland brand,” he said.

Nugent is a well-known figure in grocery circles. After working as a restaurant chef in various Michelin-starred venues he joined Asda as innovations chef in 1997. After 11 years he moved to Waitrose as executive chef, where he helped develop the Duchy Originals, Waitrose Essentials and Heston from Waitrose brands. He also helped set up the Waitrose cookery school.

He joined Morrisons in May 2011, overhauling 11,000 own-label products and overseeing the development of M Kitchen, M Signature and M Savers. He was also responsible for the creation of a state-of-the-art development kitchen at Morrisons’ head office in Bradford.

Nugent has also helped develop own-label ranges for M&S and Sainsbury’s and most recently has been working on new concept development for Pizza Express. David Lennox, who worked with him at Waitrose and Morrisons, has been made a development chef at Iceland.