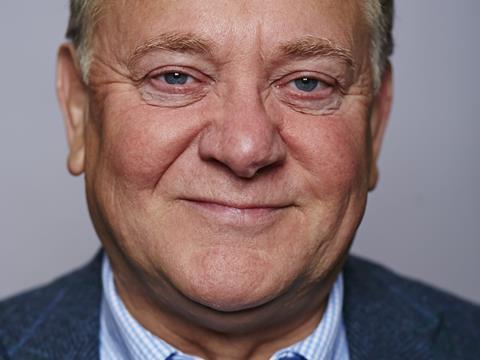 Jeffrey Hyman, the founder of Pret a Manger has died, at the age of 67.

In a colourful career in the food industry spanning over 40 years, he was best known in recent years as the founder of the Food & Drink Innovation Network, compering its expertly curated conferences with consummate ease and joviality.

But Hyman was not only a font of knowledge on food innovation. He was a pioneer in his own right. Joining the Rank Hovis McDougall Group after graduating in business in 1976 he would become synonymous with product innovation across a number of well-known household brands, including Sharwoods, Mr Kipling, Hovis, Bisto and other much loved household brands. But it was the development of the Sharwoods range of Indian and Oriental ethnic foods with which he is most synonymous.

Hyman masterminded the brand’s development with ranges such as stir-fry sauces and noodles and curry pastes, ready sauces, ready to eat poppadums’ and ready to eat naan breads, enabling Sharwoods to grow quickly. He was also instrumental in helping the business to expand into overseas markets, always entertaining new customers with culinary demonstrations rivalling those of Ken Hom, Madhur Jaffrey and Meena Pathak in their inventiveness.

It was during this 20-year career with RHM that Hyman opened the first Prêt à Manger shop, opposite Hampstead Underground station in October 1984. Taking his inspiration for the concept from the Parisian ‘traiteurs’, ready-to-eat outlets serving gourmet food to go, while the iconic store design was taken from steel-and-chrome upmarket sandwich bars around Manhattan which Hyman visited on frequent food research missions. The name was coined by Jeffrey’s sister Valerie Tomalin, a derivation of prêt-à-porter.

The outlet had its own kitchen, and offered ready-to-eat main courses as well as mini-quiches, filled baguettes, Croque Monsieur and other ready-to-go convenience foods that have now become classics. There was also a small cafe area for customers to eat and drink at the front of the store. He also commissioned the iconic logo, which is still in use today, though the business itself, after a year’s trading, went into administration after the council erected scaffolding around the building in which the shop was sited, resulting in a dramatic fall in sales, and was sold to Julian Metcalfe and Sinclair Beecham by the administrators.

In 2002, after the sale of RHM to Premier Foods, Hyman founded the Food & Drink Innovation Network, creating a community in which marketers, product developers and business leaders could come together to share ideas and learn from inspired speakers. The network was the ideal vehicle for Hyman’s inimitable personality: enabling him to express not only his foodie tendencies, but his innate warmth, sociability and sense of fun, pioneering a table team system in which attendees were required to change tables after each break so as to network with the greatest possible number of fellow delegates.

His generosity of spirit was also evident in his charitable work, including his work for Salt of the Earth, especially in Tamil Nadu in India.

A funeral service will be held at Golders Green Crematorium (West Chapel) in North London on Friday 27 January 2017 at 11am.