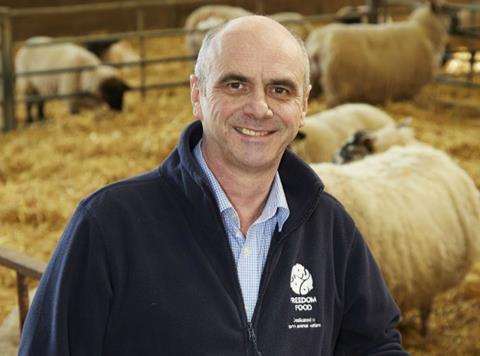 Brazier joined the assurance scheme as general manager in 2014, and took over as acting CEO six months ago following the promotion of predecessor Jeremy Cooper to CEO of the RSPCA.

He previously spent more than 26 years in various store and senior management roles at Tesco, and also has experience of working for Currys owner DSG and the Navy, Army and Air Force Institute.

“It’s an honour to have been given the opportunity to lead such an important charity in its mission to help farm animals have a better life,” Brazier said.

“I want to ensure we have a strategy that enables us to help as many farm animals as possible. Around 42 million farm animals, plus many millions of salmon and trout, are currently on the RSPCA Assured scheme,” he added. “By continuing to work closely with farmers, retailers and foodservice, I am confident we will have a further 100 million by 2020.”

It comes after research by RSPCA Assured earlier this month found that consumer recognition of the label had jumped by 120% since it was rebranded last year.

Some 33% of shoppers recognised the food label, according to a poll of 2,000 consumers, compared with just 15% under its previous guise of Freedom Food, with the figure rising to 41% awareness among its target market of young professionals and families.

It’s a simple equation,” Brazier said. “The more people who recognise the label, the more they will buy RSPCA Assured products, and more farm animals will benefit from higher welfare standards.”